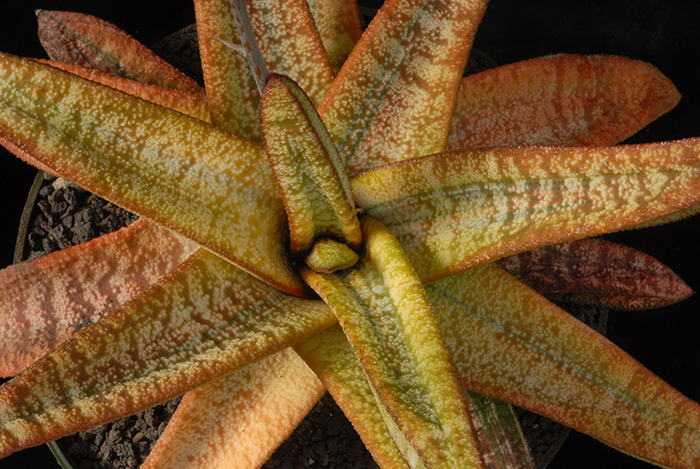 The variegated yellow and red-blushed leaves of this Gasteria batesiana from South Africa set it apart from the typical form of the species with green leaves. Photo by Karen Zimmerman.

The Huntington recently acquired a collection of rare succulents from the late Gerald Barad (1923–2016) of Flemington, New Jersey. Participants at the Philadelphia Flower Show knew Barad as the guy who cultivated the stunning cacti and other succulents that grabbed top ribbons year after year. The beach ball–sized specimen he grew out of tiny rosettes of Aloe descoingsii, a native of Madagascar, was legendary.

The Huntington’s botanical staff remained in regular contact with the retired physician and horticulture expert. They knew of his expeditions to Mexico, Africa, and Asia, as well as his large collection of cactus-like stapeliads, spine-bearing pachypodiums, and other highly unusual specimens. “He was a commanding figure in the world of succulent horticulture and exploration,” says John Trager, The Huntington’s curator of the desert gardens and collections. “But he also had a soft spot for his plants and those who shared his passions.”

Trager was sad to learn that Barad had died earlier this year, at the age of 92. Shortly thereafter, The Huntington received word that Barad had named it as the primary beneficiary of his dazzling collection. 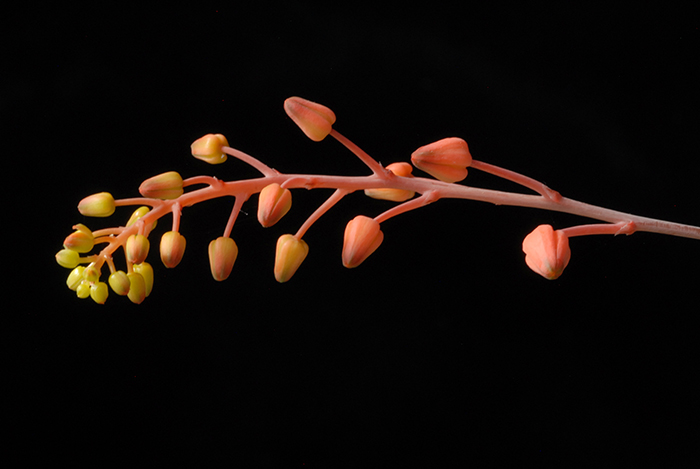 Barad may have figured that his plants would be in good company (and good care) at The Huntington, which houses what is probably this country’s best selection of succulents. It didn’t hurt that the hot, dry climate of San Marino, Calif., is well suited to growing his plants.

Trager flew to New Jersey, where Barad and his late wife, Bea, cared for the succulents at their home and farm. When Trager laid eyes on three greenhouses crammed with amazing specimens, he knew he’d have to choose wisely.

“I looked for rarity, of course, but also size and maturity. I also picked one-of-a-kind selections that were developed in nurseries but were not yet introduced,” he explains. In all, he took about 10 percent of the potted plants he saw, packed them carefully into trucks, and left their transportation in the hands of two of Barad’s trusted assistants. 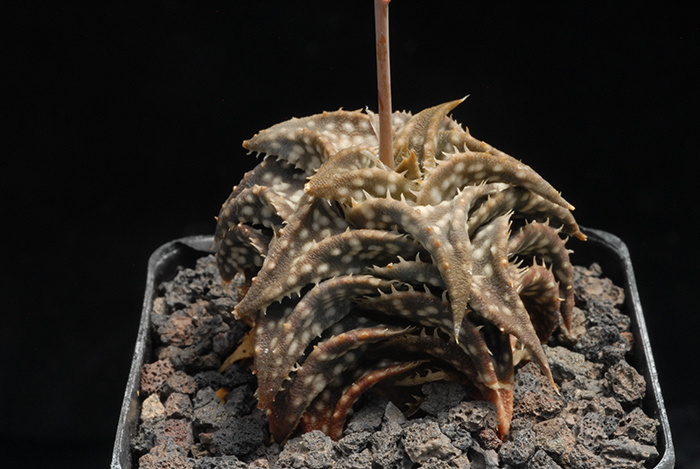 The leaves of Aloe descoingsii are arranged in miniature rosettes only two inches across and are notable for their small white markings and distinctive teeth. Photo by Karen Zimmerman.

The Barad collection currently sits on a series of tables in the botanical nursery. There’s
a bumpy, colorful succulent, a Gasteria from South Africa, which is fairly common in cultivation—but this one’s variegated with vivid yellow and red-blushed leaves. Then there’s a Cyphostemma with a large bulbous stem—a slow-growing plant Barad found on an expedition many years ago to Namibia. And so many others, too numerous to mention, each with its own unusual form and provenance.

Huntington staff will lovingly tend to the collection and, if possible, propagate the plants to preserve them and share them with researchers and others who delight in succulents.

The specimens will be an ongoing reminder of a very special man who devoted much of his life to growing these tough, weird, and wonderful plants.

Those with a similar enthusiasm for rare succulents might consider attending the 33rd Succulent Plants Symposium at The Huntington on Sept. 3, 2016, from 9 a.m.–5 p.m. For information about registration and an optional dinner, call 626-405-3504. 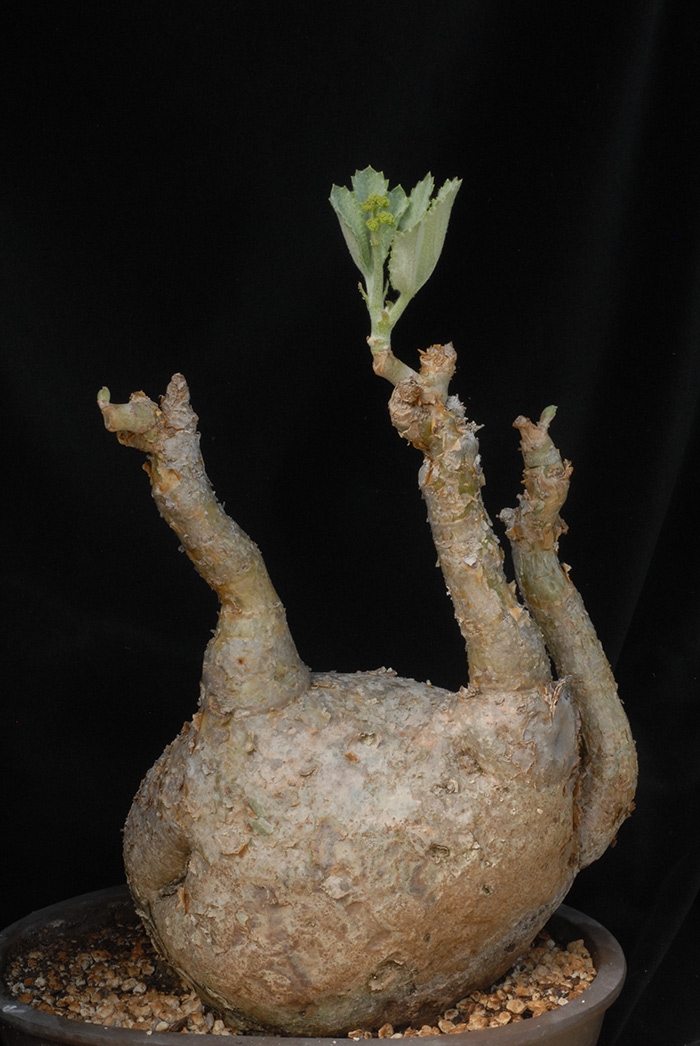 Cyphostemma seitziana, from Namibia, is a caudiciform plant, which means that it has a swollen, water-storing stem to sustain it during drought. Photo by Karen Zimmerman.

Diana W. Thompson is senior writer in the office of communications and marketing at The Huntington.