The Teacher Advisory Panel advises on Huntington curriculum development, providing creative input through lesson planning, and showcasing the ways in which The Huntington can activate its resources for 21st century learners in relevant and engaging ways. Members of the advisory panel have authored many of the lesson plans available at By Teachers, For Teachers. 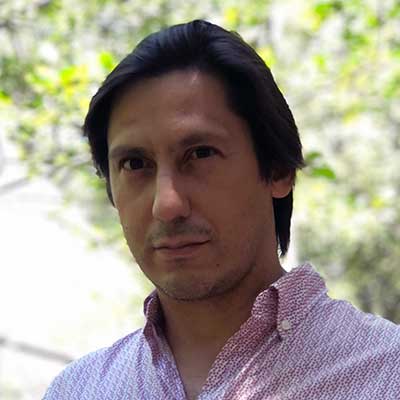 César Cázares has been teaching for twenty-three years in various school districts throughout Los Angeles, including private, charter and public schools. From 1996 through 2007 he taught biology, chemistry and pre-algebra to middle and high school students before becoming a Waldorf teacher in 2008. His first class in Mexico was a combined group that he carried for two years before joining Pasadena Waldorf School in 2010. He graduated his first class in 2017 from an eight-year journey and is presently carrying a second class. He’s also been a guest lecturer at the Waldorf Institute of Southern California - a teacher training and certification program. 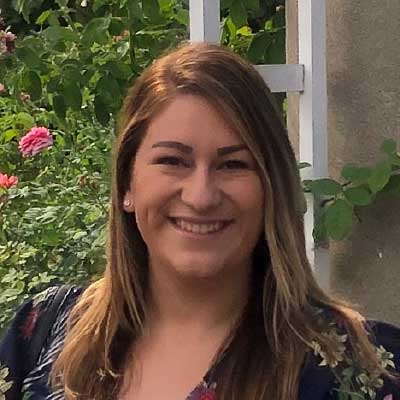 Melissa Cervantes is a fourth-grade teacher at Jackson STEM Dual Language Elementary School in Altadena. In this role she teaches 4th graders all subjects in the school’s dual language Spanish program. Prior to teaching, Melissa worked with students of all ages as a parks and recreation manager, teacher assistant, and middle school girls’ basketball coach. While studying abroad in Santiago, Chile, Melissa’s internship gave her the opportunity to teach English to college students. She has presented at the California Association for Bilingual Education conference and enjoys teaching fellow educators. She is always looking to learn something new and is especially passionate about teaching California history to students so they may understand those who came before them, and how that affects who we are today. Melissa is a proud native of the Central Coast of California and has roots in the Bay Area, and greater Sacramento area. In her transition as a Southern California resident she has learned even more about the state and enjoys exploring all the nature California has to offer. Melissa received her B.A. in Political Economy from the University of California, Berkeley, and her M.A. in Education with a Bilingual-Spanish California Teacher Credential from the University of California, Davis. 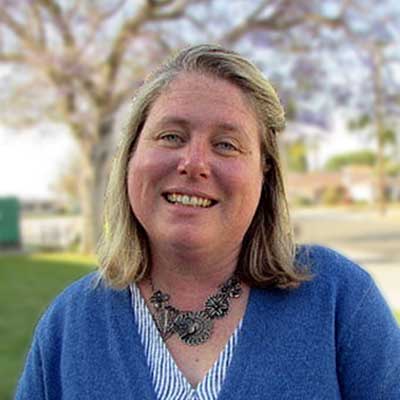 Tracy Clark received her B.A. in English from the University of California Los Angeles and her M.A. in Multicultural Education from California State University Dominguez Hills. She is currently teaching in the Torrance Unified School District and has spent the last 22 years at Torrance High School. As a veteran high school English teacher, Tracy does more than grade essays, read Shakespeare, and serve as a sometimes therapist. Her interests lie in developing ways to blend art integration with both her district curriculum and the California State Common Core Standards. She is obsessed with creating inspiring lessons and collaborating with other like-minded professionals to find exciting, new ways of guiding America’s youths toward obtaining a well-rounded education. As a parent of three teenagers and a leader to a troop of Girl Scout Cadettes, she recognizes the value of the humanities in the lives of this rising generation. Her participation in the 2018 Huntington Voices has inspired and energized her teaching and her students’ interest in humanities. 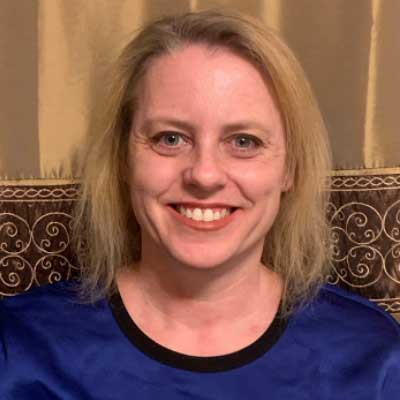 Katharine Collins has been working in education since 2000 and became a full-time teacher in 2013 teaching tenth grade honors English and American Literature. In 2016, she found her home at Birmingham Community Charter High School, a large Title I school in Lake Balboa. After teaching tenth grade English for another two years, a chemistry teacher learned she had a science background and invited her to switch subjects. She is now in her third-year teaching college prep and honors chemistry and first year teaching AP Chemistry. Katharine has a passion for social justice issues, which led her to become a 2020 Hollyhock Fellow with the Stanford University Graduate School of Education. This program focuses on creating equity in the classroom for historically marginalized populations by breaking down the personal, instructional, institutional, and systemic barriers that hinder their access to a quality education. For the next two years, she will be learning to support students in developing their own intrinsic motivation, as well as developing and utilizing their unique voices. Katharine’s other passion is creating, and she does a lot of writing on the side, including a full novel. Katharine is excited to have been chosen for the 2020-2021 Teacher Advisory Panel and looks forward to supporting The Huntington’s Diversity, Equity, and Inclusion goals. 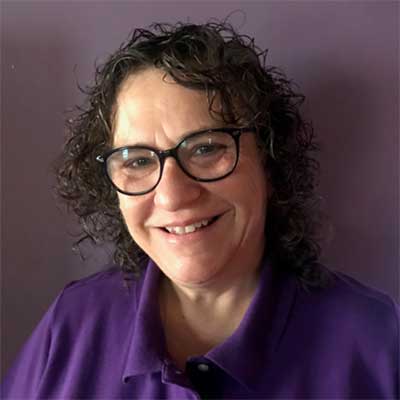 Teresa Dickey, a native of Los Angeles, has a deep connection to the Huntington Library, Art Collections and Botanical Gardens: as a child she roamed the grounds of the campus learning to love the Japanese and Desert Gardens. These early trips helped her find her passion: first, by studying the literatures of Japan; then, in her exploration into key African authors. As a result of years of study, Ms. Dickey brings a rich and diverse curriculum to her students. Currently, she works as an English instructor at Marymount High School, Los Angeles, a community she has served for the past 26 years. She has consistently planned student field trips, as well as teacher-guided tours in the East Asian Gardens for her students who study Japanese Literature. Throughout her career she has been fortunate to improve her practice, as well as the practice of other teachers, through a variety of scholarly and experiential opportunities. She has spoken at the National Association of Independent Schools, California Association of Independent Schools, National Council of Teachers of English, California Association of Teachers of English, National Catholic Educators Association, and individual school communities in Southern California. Additionally, she has earned recognition as a California Writing Project Fellow, 1985; a Center for Basic Education Fellow, 1989: “Woodblock Prints in 19th Century Japan: 4 masters;” National Endowment for the Humanities Fellow, 1992: “Four Texts and Japanese Culture” California State University, Sacramento; Toyota International Teacher Scholar Ambassador, 2001; Sarah D. Barder Fellow, Johns Hopkins University Center for Talented Youth, 2005; and most recently, a Huntington Voices Institute participant, 2018. In many ways, her participation as a member of the first Teacher Advisory Panel allows her to give back to the Huntington what it has so generously given to her over 50 years. 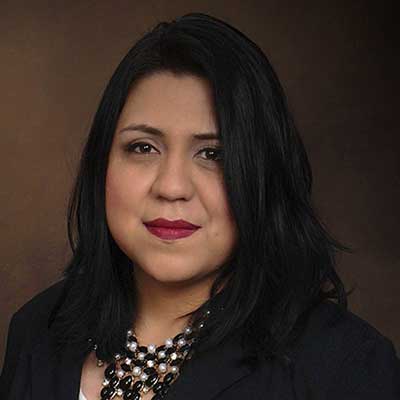 Sandra Garcia is a secondary social studies and dual immersion program teacher at Glendale Unified School District. Sandra’s career and education began in the field of business administration where she spent more than a decade working in accounting, human resources, and quality departments. After deciding to fulfill her lifelong dream of becoming and educator, Sandra return to school to obtain the necessary certifications. She received her bachelor’s degree from Mount St. Mary’s University, Los Angeles, and her master’s degree and teaching credential from the University of Southern California- USC. As a life-long learner, since the moment she stepped foot into the classroom in 2016, Sandra continued to pursue additional educational opportunities. This practice led her to obtain an additional teaching authorization in Spanish, an Educational Technology Certificate from the University of California San Diego, and most recently, to pursue a second master’s degree in United States History from Pace University in New York. Sandra has been a speaker at multiple events such as the California Association for Bilingual Education State Conference, and the UCLA Teaching History Conference. She has also served in several boards and volunteers her time in organization like the Department of Family Life for the Archdiocese of Los Angeles and the Phi Delta Kappa Chapter of USC. Sandra has received awards for her work in genocide education, for her service, and her research. She is now extremely honored to be part of the inaugural Teacher Advisory Panel at the Huntington Library and is looking forward to continuing to grow both as a student and as an educator through this entity, and through upcoming additional collaborations with the USC Shoa Foundation, and the Holocaust Center for Humanity in Washington this summer.

The Huntington Comes to Class is an interactive experience, so students will enjoy drawing, writing, movement, and other activities.