Hear and Now at The Huntington

Hear and Now is a new podcast that connects the incomparable library, art, and botanical collections at The Huntington with the wider world. Join host Giovana Romano Sanchez for a series of short audio essays that explore objects and ideas found at The Huntington along with the brilliant minds behind them. What unfolds is an original take on the issues we are facing in the world, right now. Theme song by John Zalewski.

Listen wherever you get your podcasts. 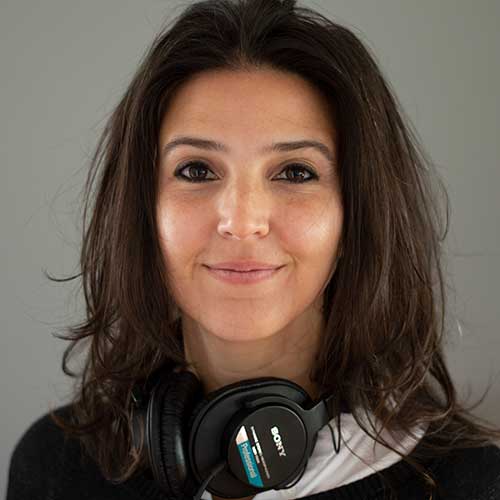 Giovana Romano Sanchez is a communications specialist in the office of communications and marketing at The Huntington. She was born in São Paulo, Brazil, and worked as a journalist covering human rights issues in Latin America and Africa before coming to the U.S. in 2015. Giovana has a master's degree in Latin American studies from the University of Texas at Austin.

As protests for racial justice take to the streets, we remember one of the most important civil rights lawyers of the mid-20th century: Loren Miller. Miller worked on landmark U.S. Supreme Court cases, like Shelley v. Kraemer, which resulted in racially restrictive housing covenants being ruled unconstitutional, and Brown v. Board of Education, which ended legal segregation in public schools. He was also an influential writer and activist. Host Giovana Romano Sanchez interviews writer and researcher Dr. Amina Hassan and Harvard professor Kenneth Mack about Miller’s life, work, and significance in today’s racial politics. 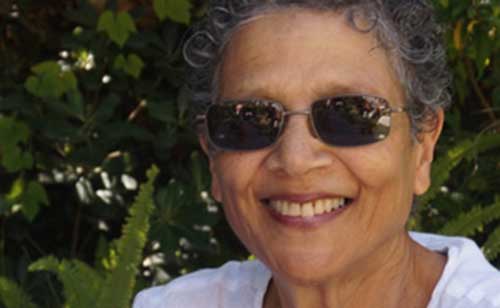 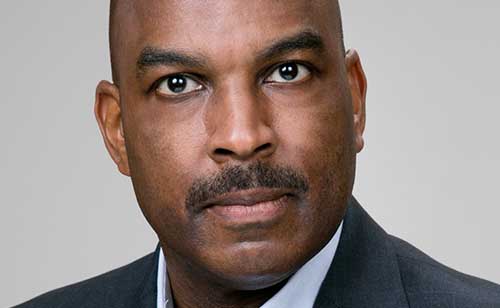 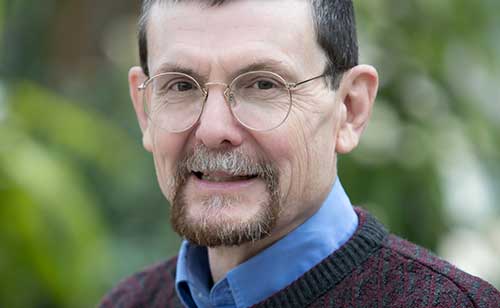 Clay Stalls, The Huntington’s Curator of California and Hispanic Collections. 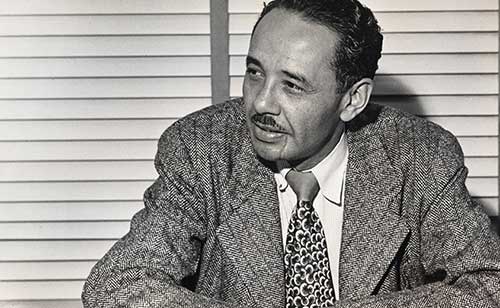 Read more about Loren Miller's legacy as a journalist, lawyer, and judge. 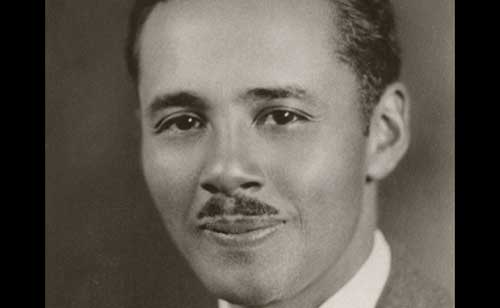 Loren Miller, ca. 1933. As a journalist, lawyer, and judge, Miller dedicated his life and career to fighting discrimination of all types. Langston Hughes Collection. The Huntington Library, Art Museum, and Botanical Gardens. 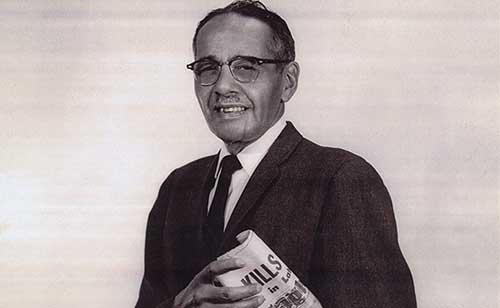 Listen to our guest Dr. Amina Hassan's presentation at The Huntington on the life of Loren Miller. 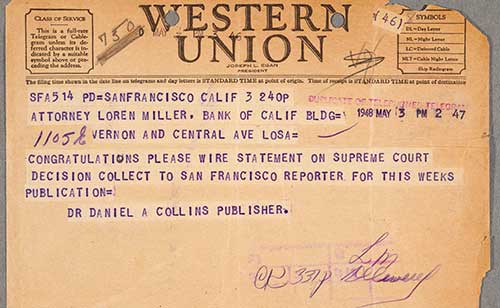 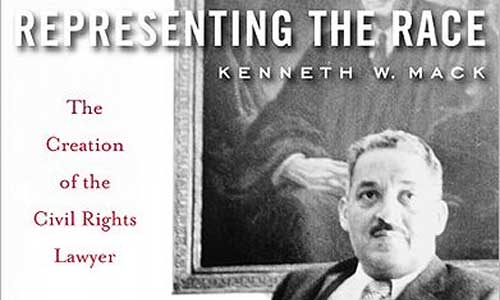 Representing the Race tells the story of an enduring paradox of American race relations through the prism of a collective biography of African American lawyers, including Loren Miller, who worked in the era of segregation. Shop 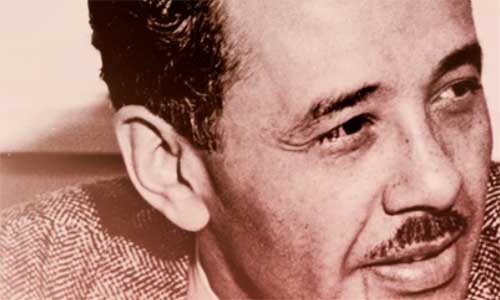 Loren Miller: Civil Rights Attorney and Journalist tells the The story of Loren Miller, a true American original who defied societal limitations to reshape the racial and political landscape of twentieth-century America. Shop

At a time when a lot of us are (re)connecting with our cooking skills because of the coronavirus pandemic, what can we learn from old recipes? In this episode, host Giovana Romano Sanchez talks with rare book cataloger Shelley Kresan about The Huntington's Anne Cranston collection, which consists of nearly five thousand British and American cookbooks from the 18th and 19th centuries. We also hear from author and food critic Patric Kuh about how this moment of intense home cooking is bringing back some of the flavors we lost with industrialization. Then, Giovana tries an old recipe and shares the result.

Read more about the Anne Cranston collection, and the book “Grandma’s Cooking,” by Allan Keller. 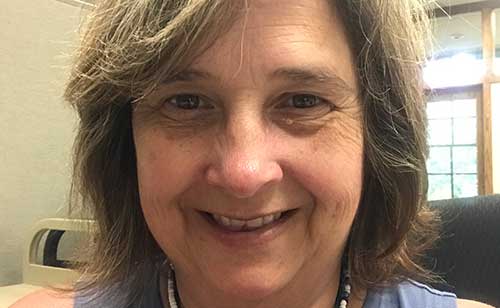 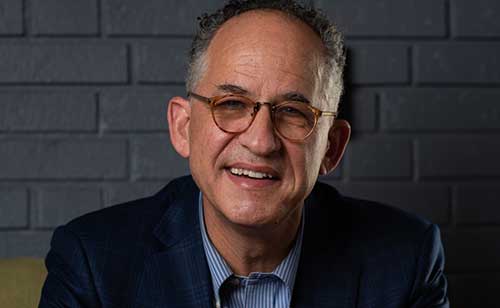 Patrick Kuh, food critic and author of "Finding the Flavors We Lost: From Bread to Bourbon, How Artisans Reclaimed American Food." Photo by Armando Andrade.

In saucepan mix brown sugar, cinnamon, flour and salt thoroughly. Slowly add water. Then cook over low heat, stirring until thickened. Add butter and lemon juice. Remove from heat and add apples. Cool. Next mix 2 cups flour, salt and shortening together as for pie crust. Add milk and mix with fork or fingers. Lift out onto floured board and roll to ¼ inch thickness. Cut into squares (3- to 5-inch squares are best), and on each square put 1 spoonful of apple mixture. Fold over to form a triangle, seal edges and prick tops. Put on greased backing sheet and bake at 425° for 15 minutes. Delicious hot with Grandma’s Pudding Sauce (see page 167), and very good cold too. 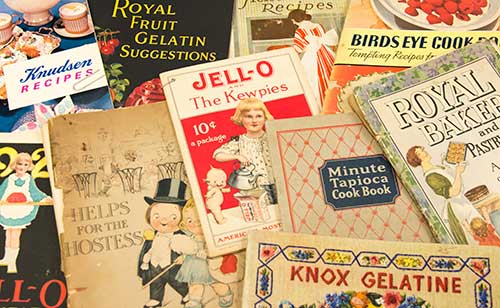 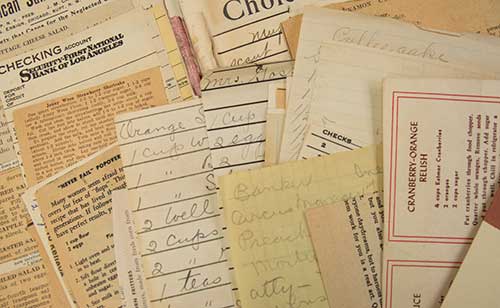 In the early 1800s, international travel was a privilege most Americans couldn't experience firsthand. Only brave souls like "Wicked Ned," an American sailor who almost died on his first trip, had the stomach for lengthy maritime journeys. But if travel was inaccessible, imagining it was not. And for that, there was art. Join host Giovana Romano Sanchez for a virtual voyage through time and across distant lands, for a look at what travel meant for Americans who, like most of us right now, couldn't venture far from home. 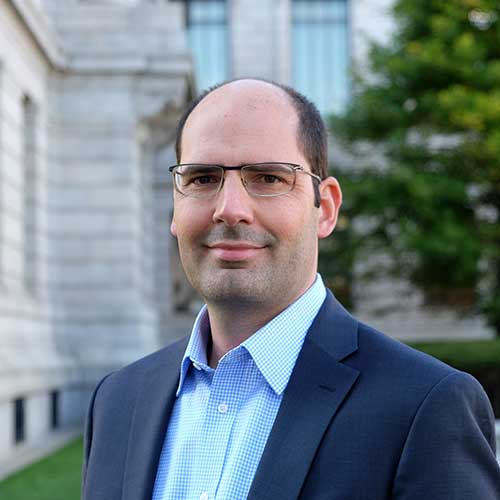 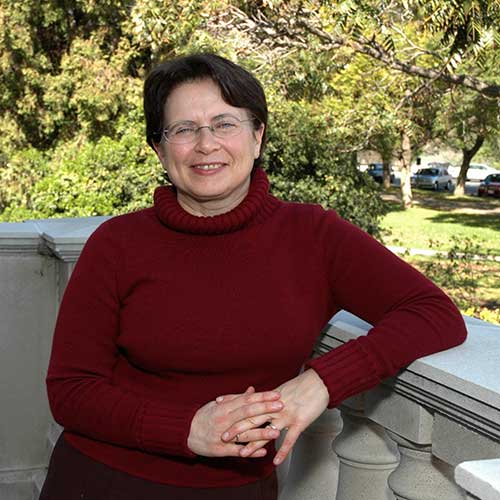 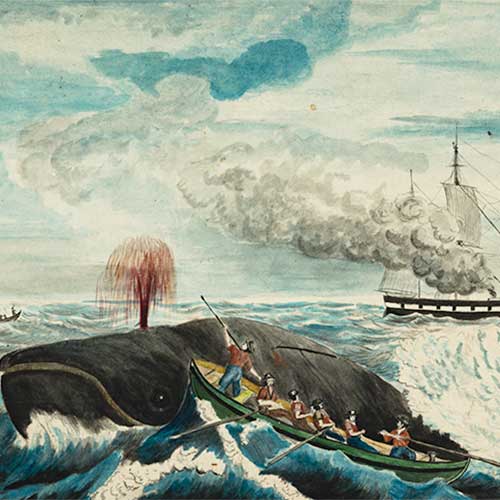 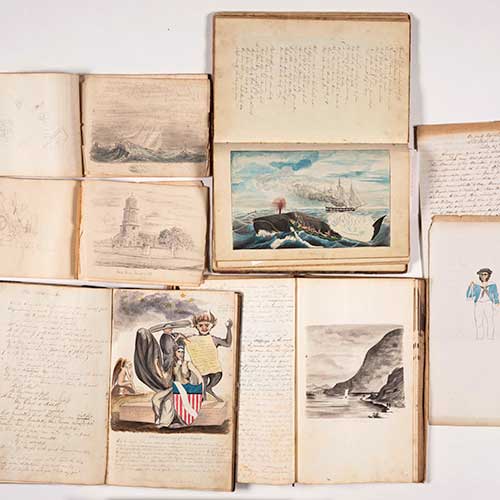 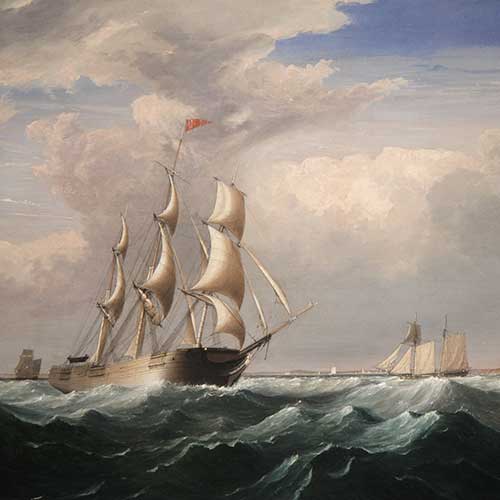 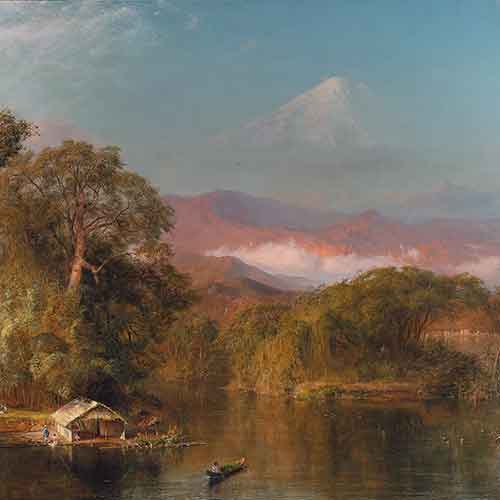 Episode 1: What Bonsai Can Teach Us About Patience

Ted Matson, curator of The Huntington’s bonsai collections, used to be a writer. Whenever he felt writer’s block coming on, he would visit his personal collection of bonsai trees, do a little pruning and pinching and enter a “flow state."

Inevitably, the solution he was seeking would pop into his head. To help us grapple with the frustrations of coronavirus stay-at-home orders, host Giovana Romano Sanchez escorts us deep into the practice of bonsai for a lesson in patience, the concept of time, and respect for the pace of nature in this inaugural episode of the Hear and Now at The Huntington podcast. 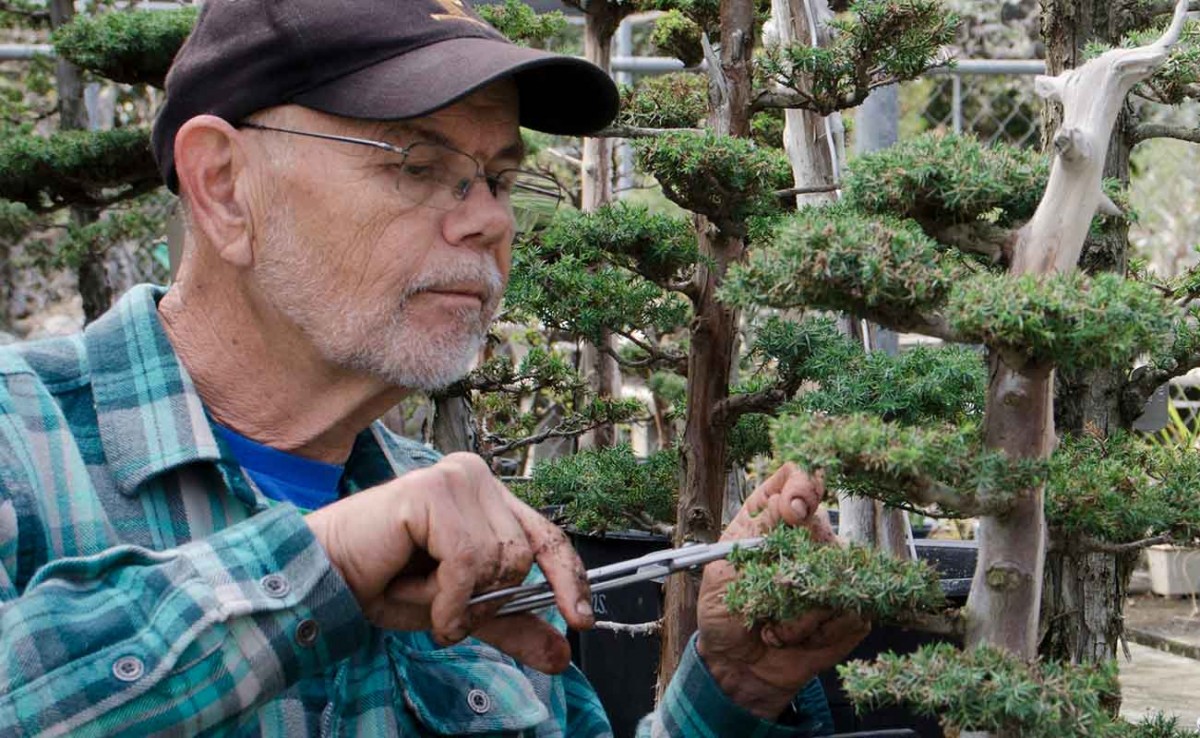 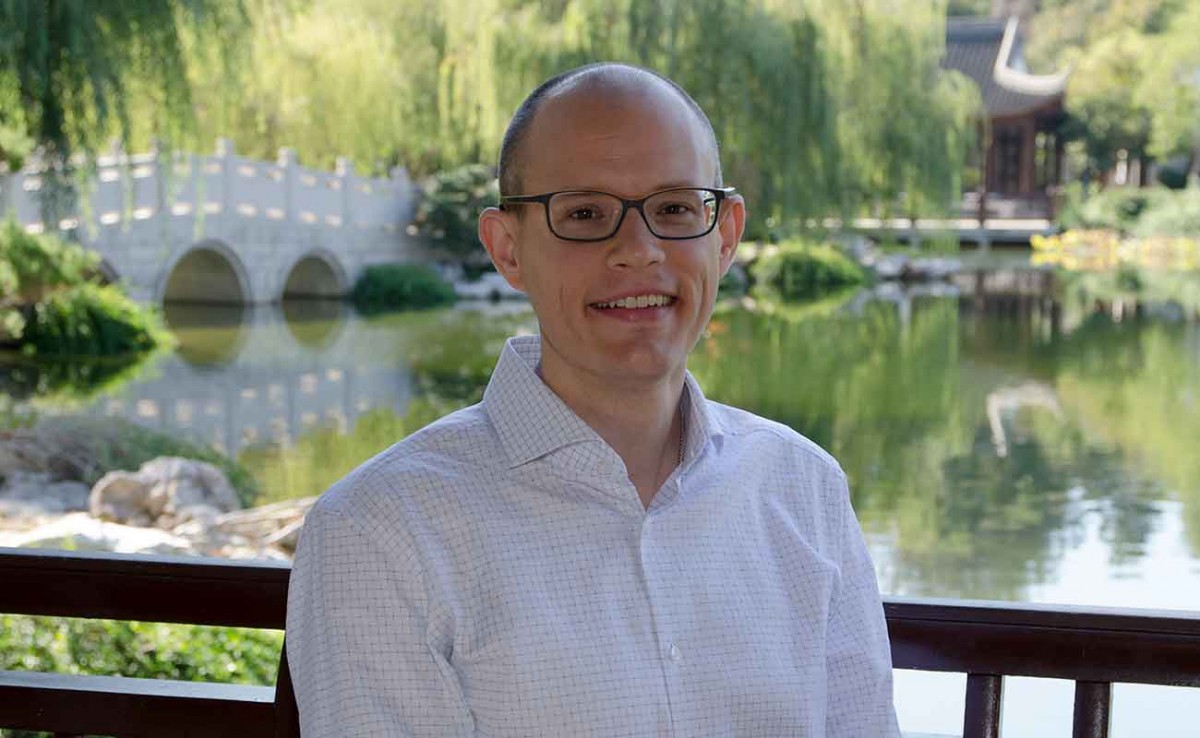 Phillip Bloom, June and Simon K.C. Li Curator of the Chinese Garden and Director of the Center for East Asian Garden Studies. 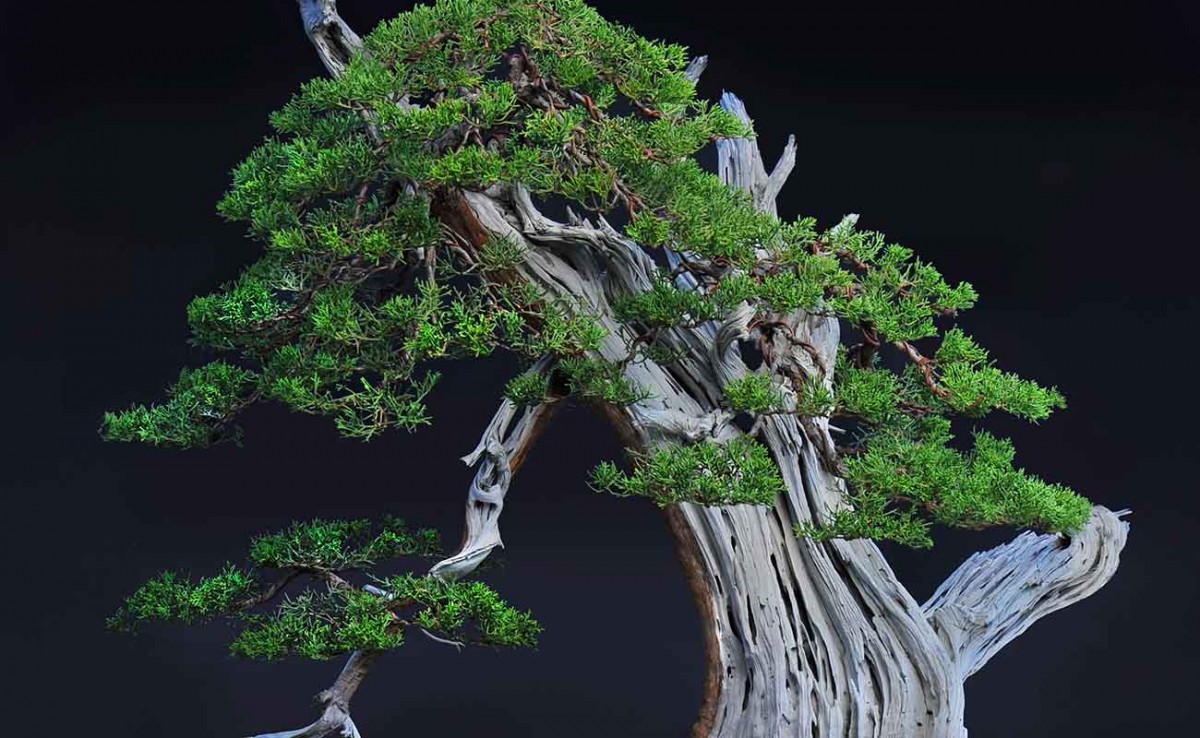 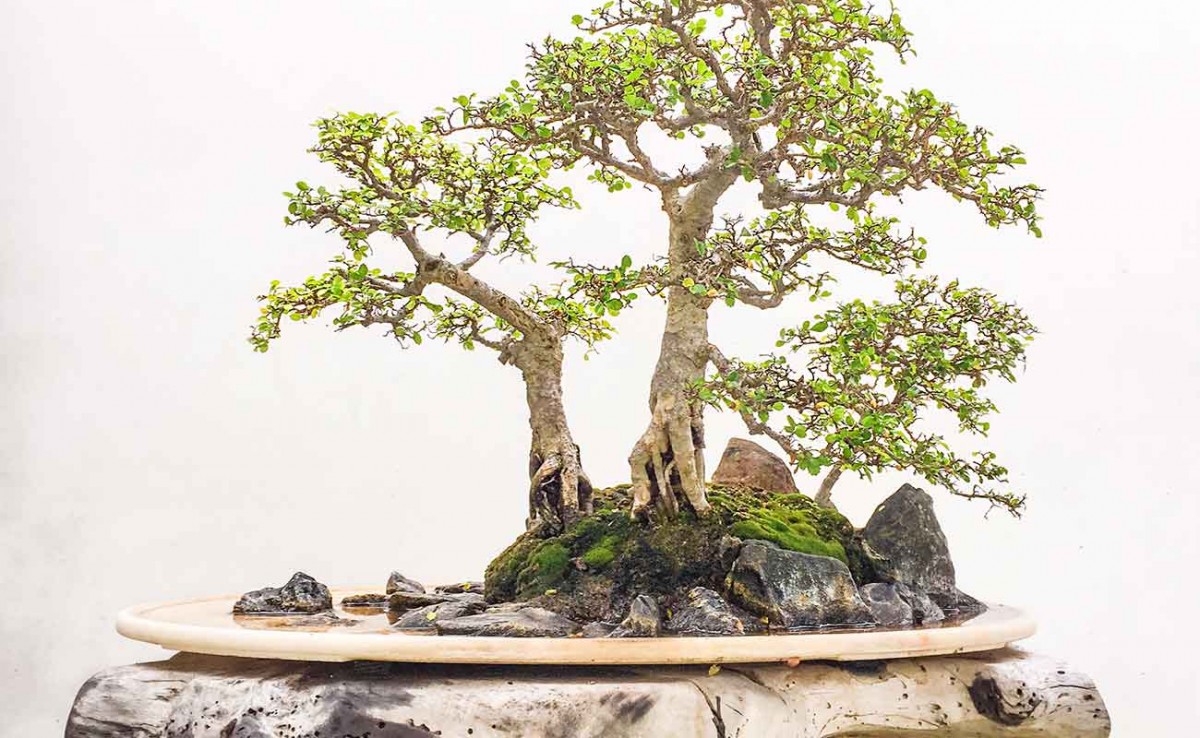 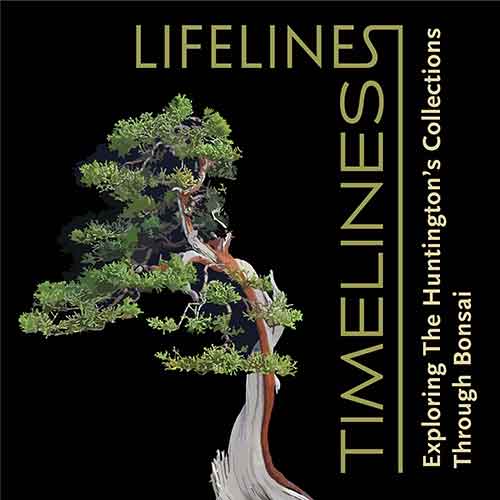 EXHIBITION
LIFELINES/TIMELINES
"Lifelines/Timelines" explores the march of time by comparing the age of selected California juniper bonsai alongside benchmarks in the institution's 100-year history.
More 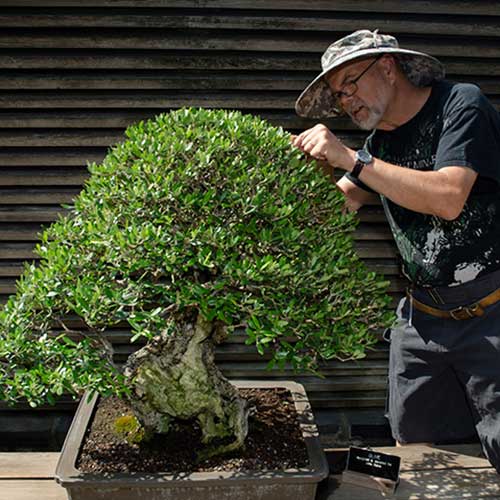 VERSO
A PRAIRIE BOY'S PASSION FOR BONSAI
The irony doesn't escape Ted Matson. Raised on the prairie of North Dakota, without a tree in sight, the one-time farm boy followed a path in life that led to a full-time career in bonsai.
More 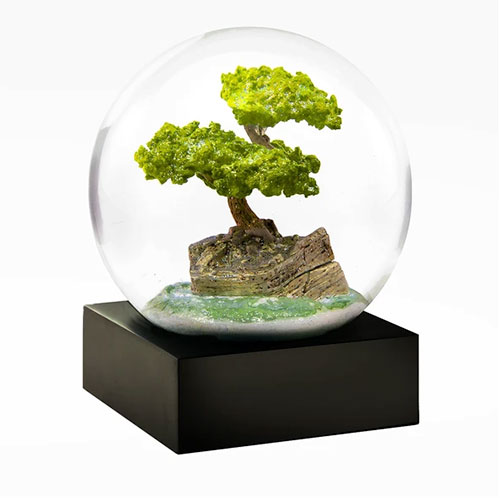 The 37th Annual Succulent Plants Symposium was presented by Huntington staff via Zoom. During the program, four brief presentations by Gardens staff provided updates about the Desert Garden Collections, discussed recent construction in the garden, and took a look at ongoing efforts to document...

One of the most famous works at The Huntington Library, Art Museum, and Botanical Gardens, The Blue Boy by Thomas Gainsborough, has been restored and reinstalled in the Thornton Portrait Gallery. This major conservation undertaking involved high-tech data gathering and analysis as well...

In the summer of 1999, The Huntington was the focus of world-wide attention when it exhibited the first Amorphophallus titanum ever to bloom in California. That first bloom started our cultivation of this strange plant. We now have over forty mature "Corpse Flowers" and this is their...