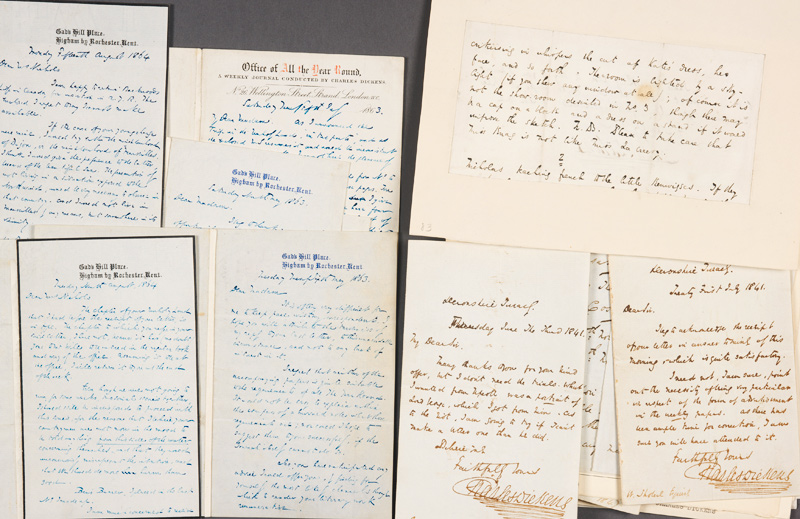 Today is the 200th anniversary of Charles Dickens' birth. The English novelist wrote many of his greatest works in serial form, including Oliver Twist, David Copperfield, Bleak House, and Great Expectations. He also wrote a lot of letters. The Huntington has more than a thousand of them, including a group of 35 acquired by purchase through the Library Collectors' Council in 2010.

Scholarship on Dickens, says Sara S. "Sue" Hodson, curator of literary manuscripts, seems to match the boundless pace of the prolific Dickens himself. "The Huntington has more than 70 linear feet of biographical and critical studies on Dickens on its shelves," Hodson says. This publishing season alone featured two major biographies released to coincide with bicentennial commemorations: Claire Tomalin's Charles Dickens and Robert Douglas-Fairhurst's Becoming Dickens: The Invention of a Novelist. 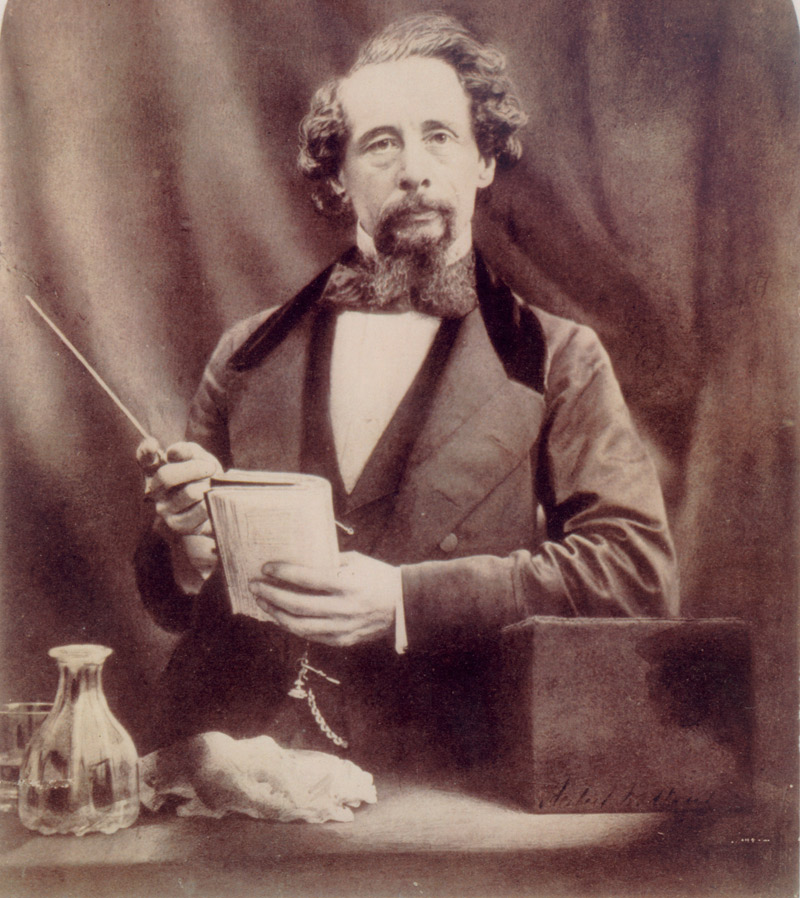 In the rich new collection of letters, most of which never have been quoted or published, scholars are gaining new insights into a man who also kept busy with the business side of the writing life—offering suggestions and feedback to Hablot Knight Browne, his best-known illustrator, affectionately called "Phiz"; extending a dinner invitation to John Forster, his biographer; and critiquing and praising writers such as Mary Nichols, an American author who sent material to Dickens for publication in his weekly periodical, All the Year Round.

The Library Collectors' Council seeks to select items that reinforce the strengths of the Huntington holdings, contributing its resources to purchase materials that the institution otherwise couldn't afford. The council's purchase in 2010 added to Dickens holdings that already included first editions and scarce first publications in serial form of Dickens' novels; 49 original drawings by "Phiz" for Nicholas Nickleby; and a letterbook for All the Year Round, which relates nicely to the new Dickens letters to contributor Mary Nichols.

The council made headlines again with its most recent purchases a few weeks ago, particularly its acquisition of a rare Abraham Lincoln telegrams that will enliven scholars' use of The Huntington's Civil War collection, which is already considered to be one of the best archives of its kind in the word. Among those materials are coded messages sent back and forth among Union officers before, during, and after the battle of Gettysburg in early July 1863.

It seems Dickens, too, had something to say about the Civil War, providing yet another example of the ways new and old acquisitions can intermingle in surprising ways. A few weeks after the Battle of Gettysburg, Dickens wrote a letter to American writer Mary Nichols, thanking her for her latest submission to his periodical: "I repeat from my heart what you write of your country. 'It is all very awful to me.' I wish I could discern through the whirl and uproar any tokens of that 'purification by blood and fire,' but I confess I see none."