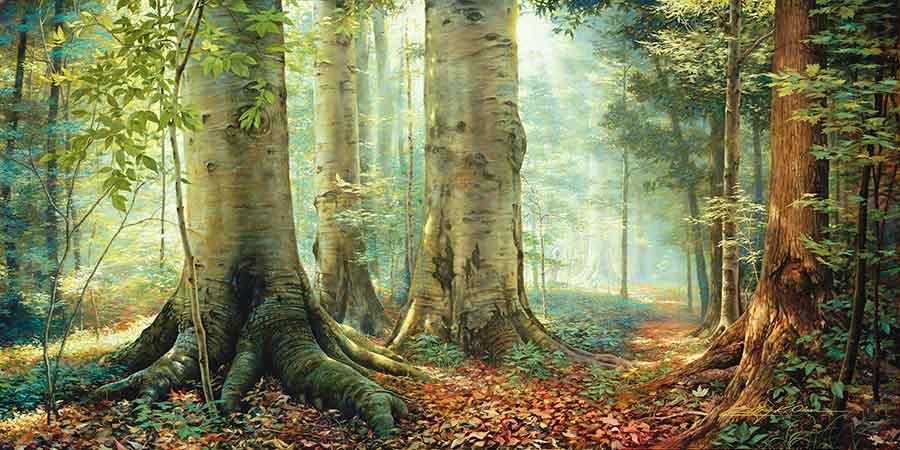 On Jan. 24 and 25 in Rothenberg Hall, The Huntington is hosting a conference on Mormon history that commemorates the 200th anniversary of the First Vision experience proclaimed by the founder of The Church of Jesus Christ of Latter-day Saints.

The conference, titled “The First Vision of Joseph Smith, Jr.: 200 Years On,” is rooted in The Huntington’s substantial collection of rare books and manuscripts related to Mormon history. Presenters will analyze the various accounts of Smith’s theophany and assess what it has come to mean both to the Latter-day Saints and to the larger religious community generally.

The development of The Huntington's Mormon collections began with some of Henry E. Huntington's earliest purchases of printed Americana in 1911 and 1916, including first and second editions of the Book of Mormon. Subsequent acquisitions up through Huntington's death in 1927 brought in a variety of other printed texts related to Mormon history. 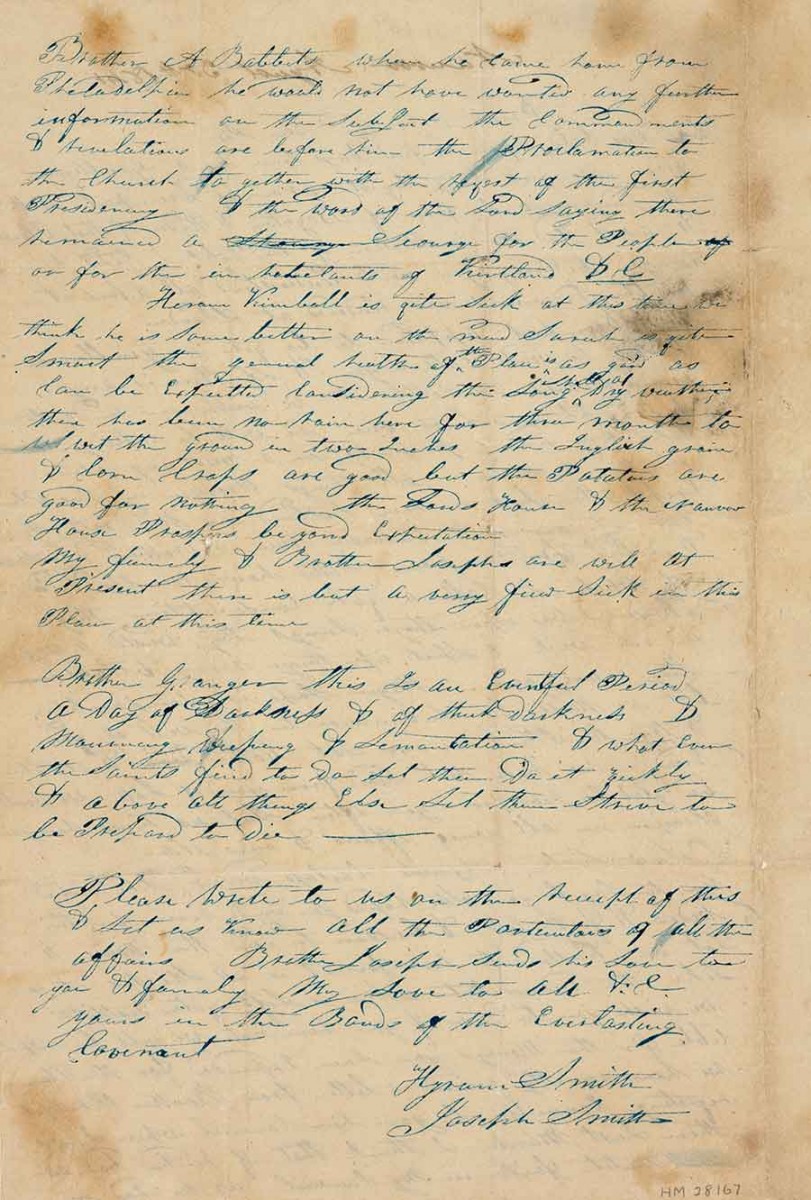 Huntington librarian Leslie E. Bliss gathered additional published works and initiated a first foray into collecting Mormon manuscript material during the 1920s. The pace and scope of the library’s collection expanded exponentially beginning in 1944, however, when the Huntington Library research associate Robert Glass Cleland helped secure a Rockefeller Foundation grant to fund the collecting of manuscripts related to southwestern American history. To further this goal, the library enlisted Mormon historian Juanita Brooks to comb the Great Basin area—which spans nearly all of Nevada, much of Oregon and Utah, and portions of California, Idaho, and Wyoming—for potential acquisitions, resulting in the addition of a wide variety of original manuscripts and facsimile reproductions to the rapidly expanding Mormon collections. The work of Bliss, Cleland, Brooks, and their successors enlarged the Library’s holdings from a modest assortment of texts and manuscripts to one of the most comprehensive Mormon history collections outside of Utah.

Today the Huntington’s Mormon manuscript holdings constitute thousands of items encompassing every aspect of Mormon history, beginning with the founding of the Church and continuing through the exoduses from Kirtland, Ohio, and Nauvoo, Illinois; the migration along pioneer trails to the Salt Lake Valley of Utah; and settlement in the land between the Rocky Mountains and the Sierra Nevada. Some of these manuscripts follow Mormon missionaries as far afield as Hawaii, Scandinavia, and China, while others stay closer to home, recording the spiritual lives of the Saints and the domestic trials and triumphs of the men and women of the Church.

Highlights of early Church history records at The Huntington include the 1834–1838 letter book of Oliver Cowdery—Joseph Smith’s primary scribe while Smith was translating the Book of Mormon and his personal assistant for many years—as well as a variety of original letters by Joseph Smith and Brigham Young, the second president of the Church.

The conference will feature speakers from across the religious spectrum. Some will be Latter-day Saints, and others will be leading scholars from other faith traditions. The program will position Smith’s claim to visions and revelations within the larger context of American religious history, explore its historicity and theological ramifications, and more generally illuminate what remains, even at two centuries distance, a highly contested moment in American history.