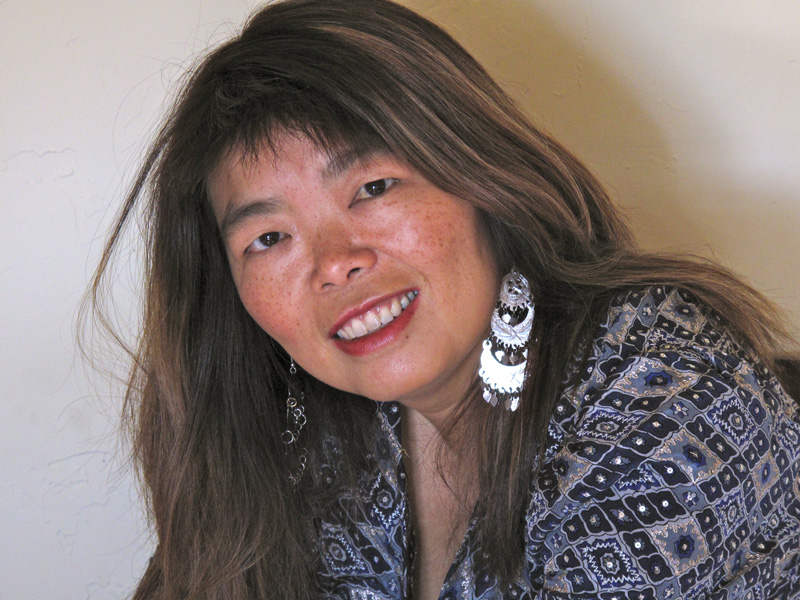 It's not often that you come across an opportunity to have a hand in creating manuscript collections for The Huntington, but the Annenberg Community Beach House of Santa Monica has just the ticket.

In an event called "New Year, New Beginnings," playwright Lucy Wang will lead an afternoon of storytelling and sharing that will help kick off her 10 weeks as the 2012 writer in residence at the arts facility that once served as the guest house of actress Marion Davies.

What's the connection to The Huntington? The Library happens to be the official archive for the papers of Wang, a successful playwright and screenwriter who hopes to complete a draft of a new play by the time her residence ends in late March.

"Like many research libraries, The Huntington actively collects the papers of living authors, such as Wang, Velina Hasu Houston, Robert Mezey, and Kent Haruf," says Sara S. "Sue" Hodson, curator of literary manuscripts at The Huntington. "This kind of acquisition approach enables us to begin documenting writers early and to keep on adding to their archives as they continue to write and publish."

In a few months, The Huntington will present "Al Martinez: Bard of L.A.," an exhibition that will showcase the work of the longtime columnist for the Los Angeles Times; Martinez still writes regularly for the L.A. Daily News and Topanga Messenger. Hilary Mantel, the Man Booker Prize–winner for her 2009 novel Wolf Hall, also packs up and sends her papers to The Huntington on a regular basis. A sequel, Bring Up the Bodies, is due out this year.

As for Wang, it is possible whatever transpires during her 10-week residency and during the story circle on Jan. 16 might inspire new works. She wrote her first play,"Junk Bonds," after trading in her University of Chicago MBA for a life in the theatre. And more than a bit of her home life growing up as the child of Taiwanese immigrants made its way into "Bird's Nest Soup," a play about assimilation in the American Midwest.

So check out "New Year, New Beginnings" next Monday and then pay a visit to the Library Exhibition Hall, where you might have an added appreciation for what goes into the writing, crossing out, and rewriting that can be found on literary manuscript pages on display.

Lucy Wang's workshop "New Year, New Beginnings" takes place Mon., Jan. 16, from 2 to 4 p.m. at the Annenberg Community Beach House in Santa Monica. Participation is free and reservations can be made at http://annenbergbeachhouse.com/beachculture. You can also follow Wang's blog throughout her residency.