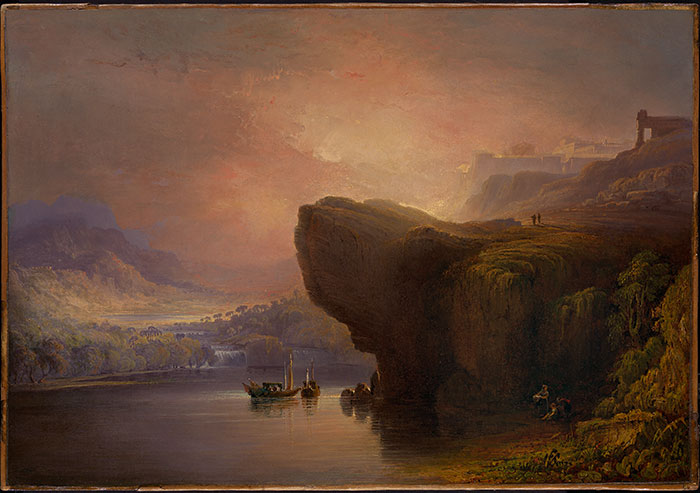 What wildly popular 19th-century painter had throngs of Londoners lining up to catch a glimpse of canvases so sensational and operatic that some swooned at the sight? His luminous, epic style was so impressive that storytellers of all stripes—from novelists Jules Verne and the Brontë sisters to filmmakers D.W. Griffith and Cecil B. DeMille—betrayed his influence. Surely this great artist is a household name, right? Not exactly.

It was with upturned nose that Sir Thomas Lawrence (1769–1830), president of the Royal Academy of Arts and the art world opinion leader of his time, derided John Martin (1789–1854) with the accusation that he was “the most popular painter of the day.” Academicians considered Martin’s work too strange, too histrionic, and too low-brow to be canonized.

“Martin’s images of fantastical, dramatic beauty certainly captured the public imagination,” said Catherine Hess, chief curator of European art and interim director of the art collections at The Huntington, “but he was never voted into the Royal Academy. Maybe that’s a byproduct of his astounding popularity. But he was absolutely crucial to the progression of Western painting tradition, influencing later generations, most directly Thomas Cole and other Hudson River School painters across the pond.” 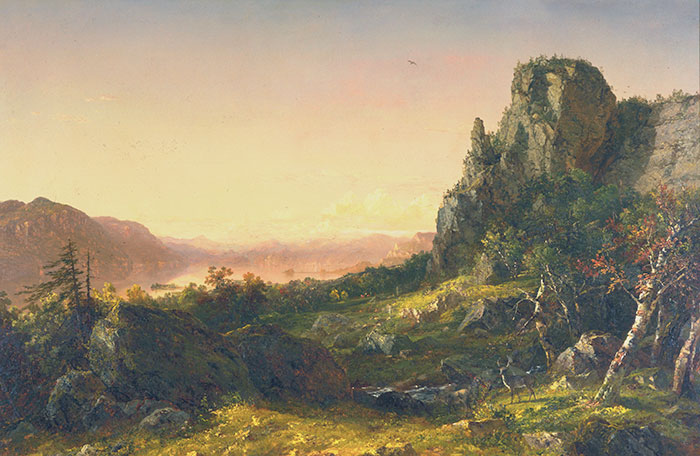 John Martin’s paintings influenced such works as this one by the American artist John Frederick Kensett (1816–1872): Rocky Landscape, oil on canvas, 48 x 72 1/2 in., 1853. The Huntington Library, Art Collections, and Botanical Gardens. Gift of the Virginia Steele Scott Foundation.

On a recent visit to the Huntington Art Gallery to see the newly acquired The City of God, painted by Martin at the height of his career, Hess described the artist’s oeuvre and his influence. Neither of us swooned at the sight of the painting, I should add, but its awe-inspiring scene of a dramatic, otherworldly landscape punctuated by tiny human figures terrifyingly dwarfed by the geography around them did bring to mind the impressive backdrops from unearthly scenes in “Blade Runner” and “Star Wars”—two films whose directors were indirectly influenced by Martin, according to Hess.

It’s not just the picture’s use of scale; it’s also the lighting that makes The City of God signature Martin. The sweeping scope of his imaginary world is dominated by a massive, dark, and jagged outcrop that blocks what at first appears to be a rosy sunset. “But it makes the viewer wonder—is the sun really the origin of this ethereal illumination?” Hess said. 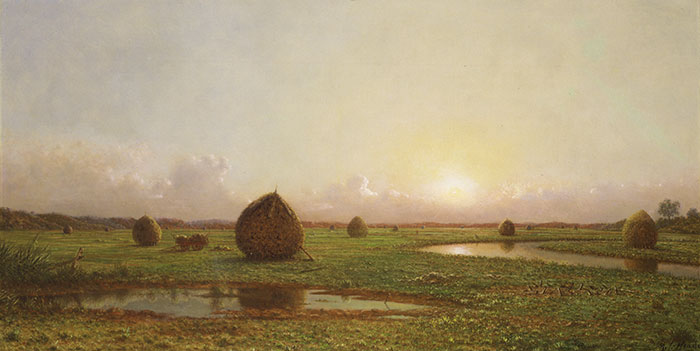 John Martin’s influence can also be detected in this painting by the American artist Martin Johnson Heade (1819–1904): Haystacks , oil on canvas, 28 x 54 in., ca. 1876–1882. The Huntington Library, Art Collections, and Botanical Gardens. Gift of the Virginia Steele Scott Foundation.

In The City of God, two little barges drift in a wide, placid harbor while, in the near distance, a valley encircled by trees invites the eye. Tiny figures perch above the scene, with a diaphanous city gleaming beyond, on high. “The total vision might be called heavenly,” said Hess, “an apt descriptor for a painting that seeks to convey a visual representation of a Christian heaven.” She added that Martin must have been thinking of a biblical verse in the Book of Revelation: “the dwelling of God is with men . . . and the city had no need of the sun . . . for the glory of God did lighten it.”

The City of God hangs in its new home among J. M. W. Turner’s Neapolitan Fisher-girls Surprised Bathing by Moonlight and The Grand Canal—works whose use of light now seem to be part of a natural progression from the “ethereal illumination” of Martin’s heaven. For a slice of that heaven, head on up to the west wing of the second floor of the Huntington Art Gallery; you just might be awestruck.