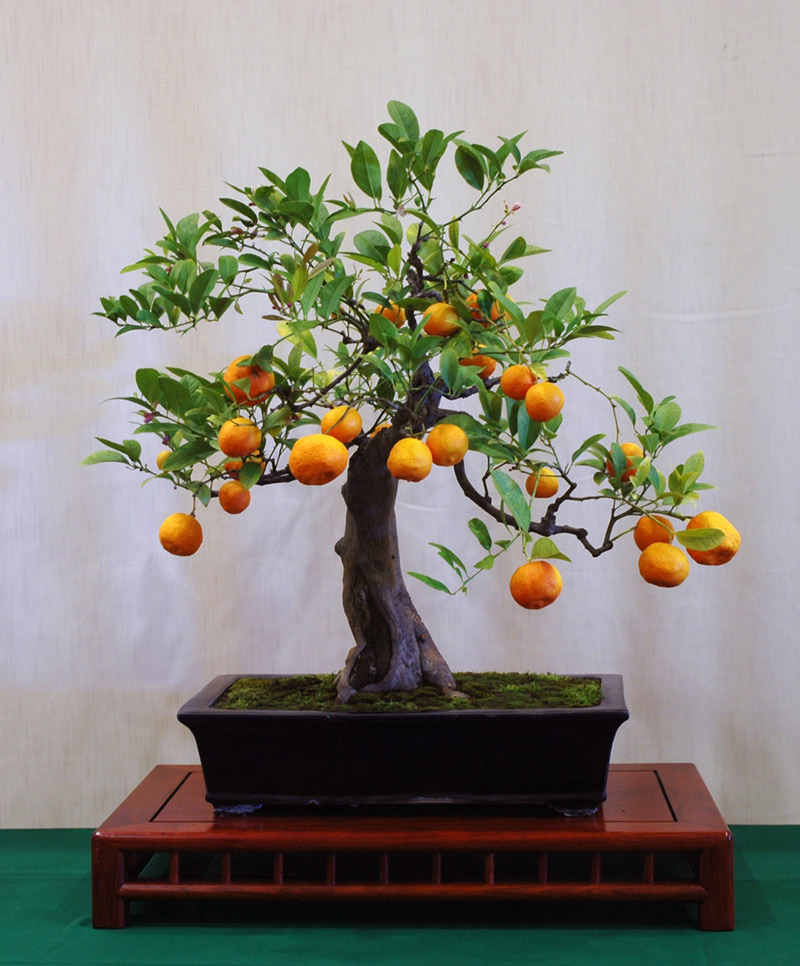 As if spring itself were not enough incentive to get out and enjoy nature, Huntington visitors can catch two special garden shows on Saturday and Sunday, March 24–25, each with a different focus. The California Bonsai Society will present its 55th Annual Bonsai Show, and the North American Clivia Society and the Southern California Clivia Club will hold their 9th Annual Clivia Show and Sale. Both events run from 10:30 a.m. to 4:30 p.m. each day.

The Bonsai Show, displayed in Friends' Hall, will showcase an outstanding array of masterpiece trees, including miniature elms, ginkgos, maples, and other deciduous trees in early leaf; flowering plants such as wisteria and bougainvillea; classic Japanese black pine and California juniper specimens; and beautiful examples of nontraditional bonsai such as orange trees and California manzanita. Special displays, educational materials, and demonstrations of bonsai techniques will be offered throughout the weekend.

Known in China as penjing, miniature trees can be found in Chinese scroll art, poetry, and even mythology dating as far back as the Eastern Han dynasty (25–221). Tomb paintings from the Tang dynasty (618–907) portray attendants carrying potted trees. Buddhist monks from China introduced miniature trees to Japan sometime around the 13th century. There the art form became highly formalized, reaching its peak in the 17th and 18th centuries. Bonsai gained worldwide exposure—and fashionable acclaim—at the Paris World Exposition in 1900. Today, bonsai is enjoyed by devotees around the world who lend their own cultural interpretations, as well as their native trees, to the enrichment of the art form.

The Clivia Show and Sale will be on view in the Botanical Center, where dozens of blooming species and hybrids will compete for top honors. Vendors will also have a wide variety of plants available for purchase. 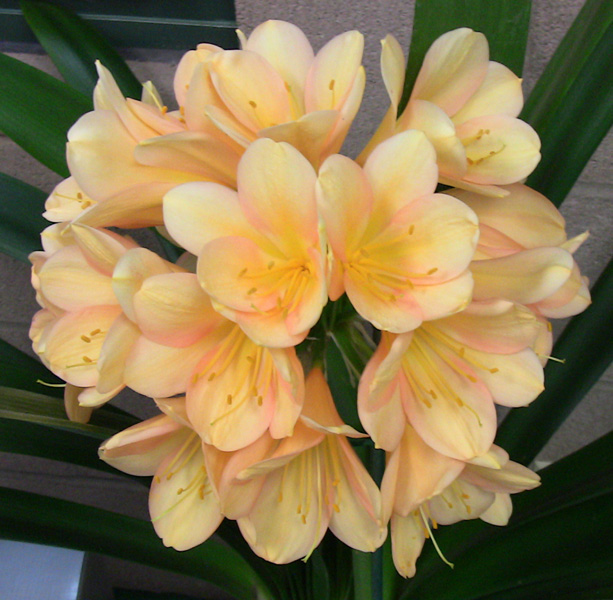 Native to southern Africa, the plant was introduced into Europe in the early 1800s. The first named species, Clivia nobilis, was christened in 1828 by Kew botanist John Lindley in honor of Lady Charlotte Clive, Duchess of Northumberland. Clivias reached the height of their popularity as house plants in the Victorian era and have enjoyed a resurgence of popularity as landscape plants since the 1980s. Their colorful blooms, evergreen foliage, ease of care, and preference for mild winters make clivias a favorite with local gardeners.

But you won't find mere "garden variety" blooms at the show. Look for unusual colors such as salmon and deep red, bicolored blooms, variegated leaves, and atypical forms. Visitors can vote for their favorites for "People's Choice" award.

Entry to both events is included with Huntington admission, so visitors can make a day of it and enjoy the springtime beauty of the gardens.

Cultivating bonsai is not soetmhing one would do in any kind of a hurry. My advice is to go buy a book translated into English, written by a Japanese master. Then read it carefully.I have grown bonsai for over 40 years the key word is patience.There are two main ways to start:1. From a seed (requiring many years to get anywhere with it).2. From a plant taken from nature (putting it aside for about two yearsand giving it loving care just to make sure it survives).Of course, nowadays, you can simply buy one! But you have to know what to do with it!In any case, care and attention are mandatory. All the information about when to cut off the leaves (to get smaller ones and thus enhance the illusion ) and when to cut away excess roots (to be able to grown the plant in a tiny container) and how to bend the branches etc. is far too complex to write about here.A good book is a must. Believe me.Oh, yeah, what's a could plant to start with? My choice would beany of the box trees : Any of several small evergreen trees and shrubs, with small, leathery leaves. Some species are used as hedging plants and for shaping into garden ornaments. (Genus Buxus, family Buxaceae.Being an evergreen, you will have leaves all year round.