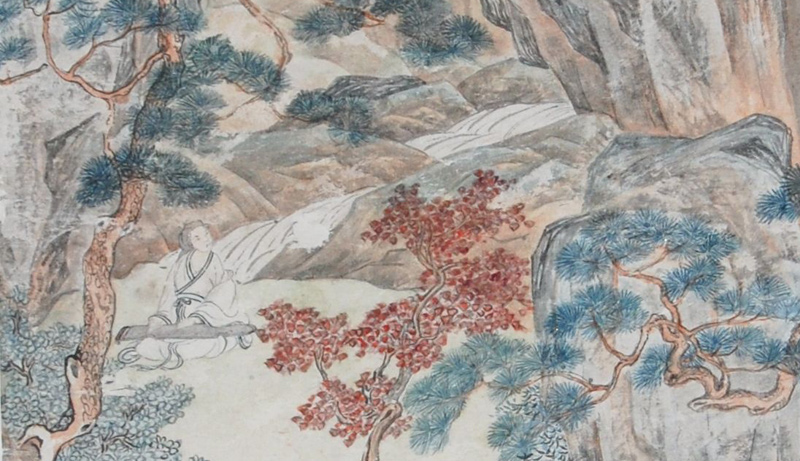 If you happen to be strolling through Liu Fang Yuan—The Huntington’s Garden of Flowing Fragrance—on a Wednesday afternoon, you will likely encounter a performer of traditional Chinese music. In part to bring a taste of this tradition of music to the Chinese Garden, The Huntington invites musicians to perform on traditional Chinese instruments in the intimate setting of our garden. 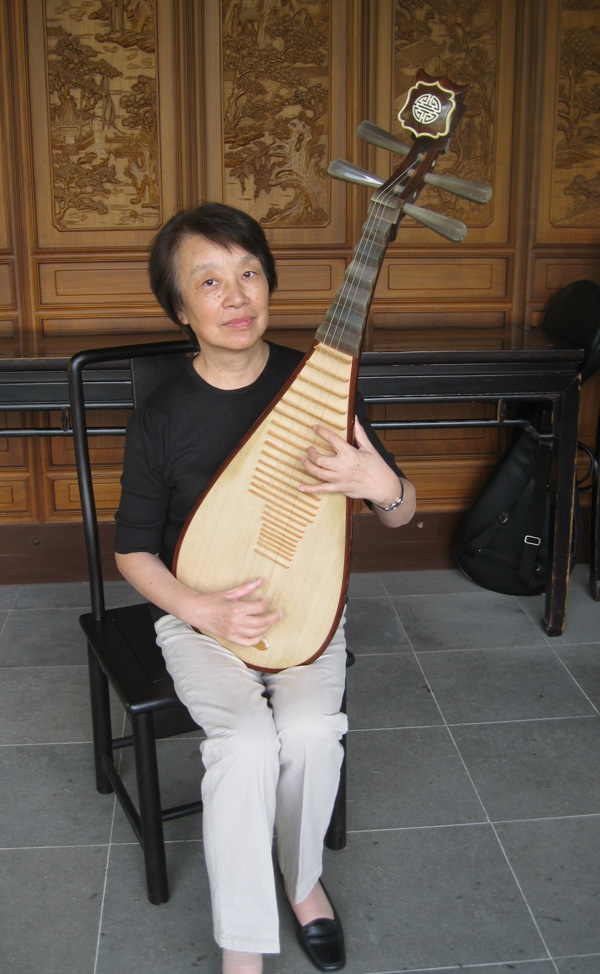 Meiye Ma 馬梅椰, a pipa player who often performs in the Chinese Garden.

Meiye Ma 馬梅椰, performs regularly with her instrument of choice, the pipa, which is a distant relative of the lute. Used in China since the Han dynasty, it is believed to have arrived from Central Asia. It was especially popular during the Tang dynasty, when many Persians lived in the Chinese capital. Sometime in the 1960s, explains Ma, metal strings replaced silk strings, making the sound stronger and louder and thus appropriate for larger audiences.

Literati music (wenren yinyue) dates back more than two millennia and has a structure and sound distinctive from folk music (minyue). As early as the Han dynasty (206 B.C.–A.D. 220) in China, sophisticated scholars and educated officials engaged in the four Confucian classical activities of playing the qin, a seven-stringed zither (now called guqin), playing chess, writing calligraphy, and painting. This elite group through generations shared a profound knowledge of literature and poetry. Aesthetic refinement and even structure affected the performance of all the literati arts. The ancient qin is associated with solitary playing by the cultivated gentleman, perhaps shared with a few friends, and often in a garden setting.

Who were the composers, who were the performers, and what did they think about in their musical visions? 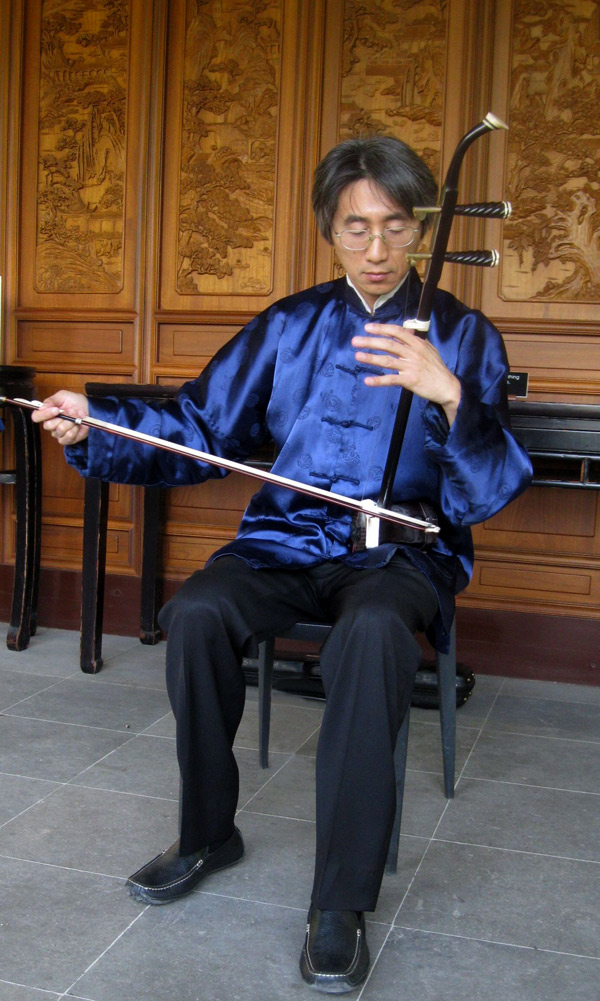 Yunhe Liang 梁云河 with his instrument, the erhu.

One of the so-called ‘Seven Sages of the Bamboo Grove,’ the 3rd-century poet Ji Kang 嵇康  (223–262), was a well-known composer for the qin, a music theorist, and an alchemist. More than a millennium after his lifetime, the Ming dynasty art collector and painter, Xiang Yuanbian 項元汴  (1525–1590), visualized Ji’s poetic feelings about parting from friends and family and inscribed lines of Ji’s poetry on his painting:

As my fingers strum the strings of a qin-zither
My eyes bid farewell to a wild goose returning home.

While many ancient composers are now forgotten, skilled performances still give vitality to the literati musical tradition. Shared visions, poetry, and technical skill on favored instruments like the qin and pipa show an amazing continuity, alive with each generation of players and listeners.

NOTE: In the event of rain, the live music is canceled.

Katheryn Venturelli is a project assistant in the Chinese Garden.

That's a great goal. The music in the Chinese garden can be a pretty magical experience and open up a whole new way to understand the space.

I have to admit that Chinese music took me some getting used to. I visited the Garden once on a Wednesday and what I heard was, challenging to the ears. Appreciating all types of music is on my bucket list, Chinese compositions notwithstanding.