"Frankenstein" Then and Now 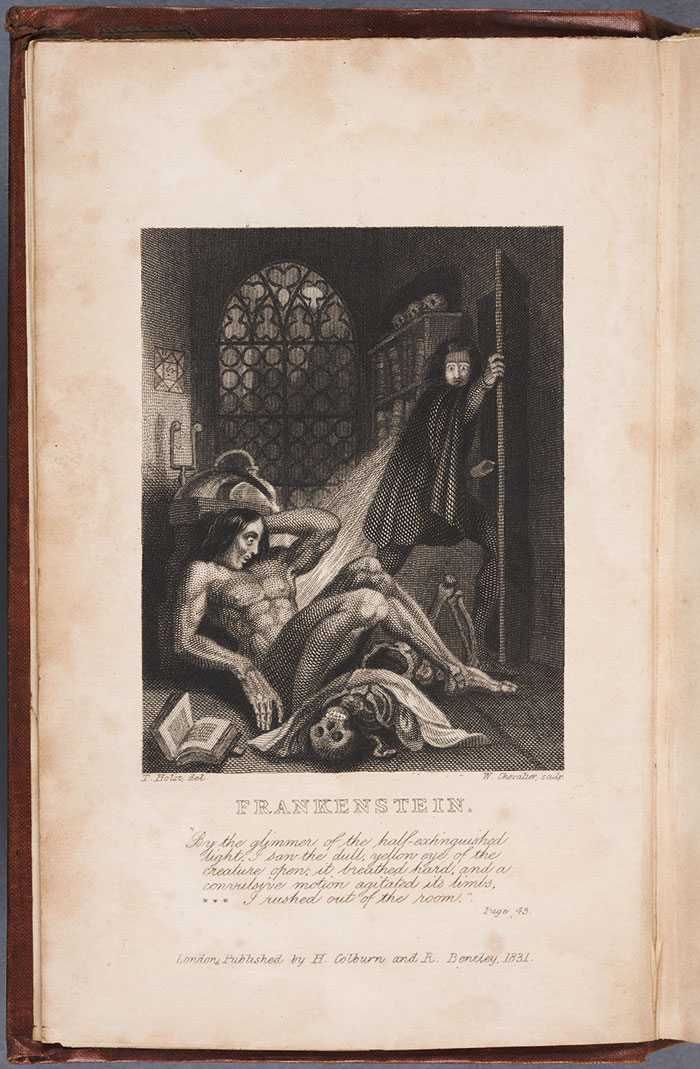 Frontispiece from the 1831 third edition of Mary Wollstonecraft Shelley’s gothic novel Frankenstein: or, the Modern Prometheus. The engraving on the frontispiece, produced by William Chevalier from a drawing by the British artist Theodor von Holst (1810–1844), is the first known visualization of Victor Frankenstein and his creature attached to an edition of the novel itself. The Huntington Library, Art Collections, and Botanical Gardens.

Mary Wollstonecraft Shelley’s novel Frankenstein, or The Modern Prometheus first appeared in print 200 hundred years ago, when the author was only 20. Since 1818, her boundary-breaking novel has become the most famous “Gothic” and Romantic-era text ever written, one of the founding works of science fiction, the inspiration for countless (if often “loose”) adaptations for the stage, film, and other media, and the source of a metaphor—the very name “Frankenstein”—that has come to designate several of the issues now raised by the modern sciences of artificial intelligence and genetic engineering, which it foresaw with astonishing prescience.

I am therefore delighted to join with my colleague, Distinguished Professor Anne K. Mellor of UCLA, in co-chairing the conference “Frankenstein Then and Now, 1818–2018” in The Huntington’s Rothenberg Hall this coming Friday and Saturday, May 11–12. The conference celebrates the bicentennial of Frankenstein’s publication by bringing together major experts from around the world to discuss this widely influential “monster story” about the creation of artificial life. 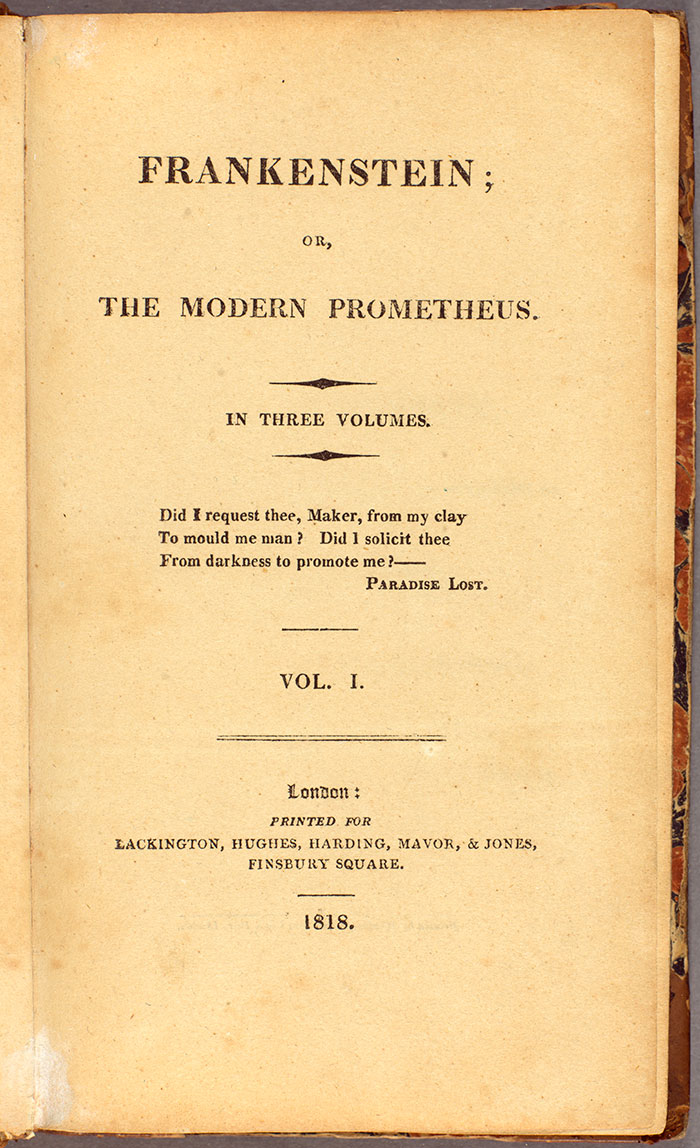 The Huntington is an apt location for staging this conference, since its collections house original editions of the novel, holograph letters and manuscripts from the Shelley circle, and original documents in the history of science from the late 18th and early 19th centuries.

The first day of the conference, May 11, focuses on “Then”: what appears in, underlies, or surrounds the original Frankenstein in the 1810s. Professors Susan Wolfson of Princeton University and Gillen D’Arcy Wood of the University of Illinois will start the talks at this event by discussing the stages in the development of the novel’s manuscript and the physical conditions effecting the site of its conception, Lake Geneva in Switzerland, the region of the novel’s main setting. Professors Alan Bewell from the University of Toronto and Maisha Wester from Indiana University will then bring out long-hidden undercurrents in the novel that stem from, first, its relation to the new mobility of biological connections between bodies, places, and people; and, second, its allusions to non-Anglo races and the controversies over slavery and British imperialism that raged around them. The third session of the day will turn to the ways in which Shelley’s novel dialogues with the rapidly changing and conflicted sciences of its time in lectures offered by two of the world’s leading experts on the interfaces between Romantic literature and science: Professors Robert Mitchell of Duke University and Alan Richardson of Boston College. 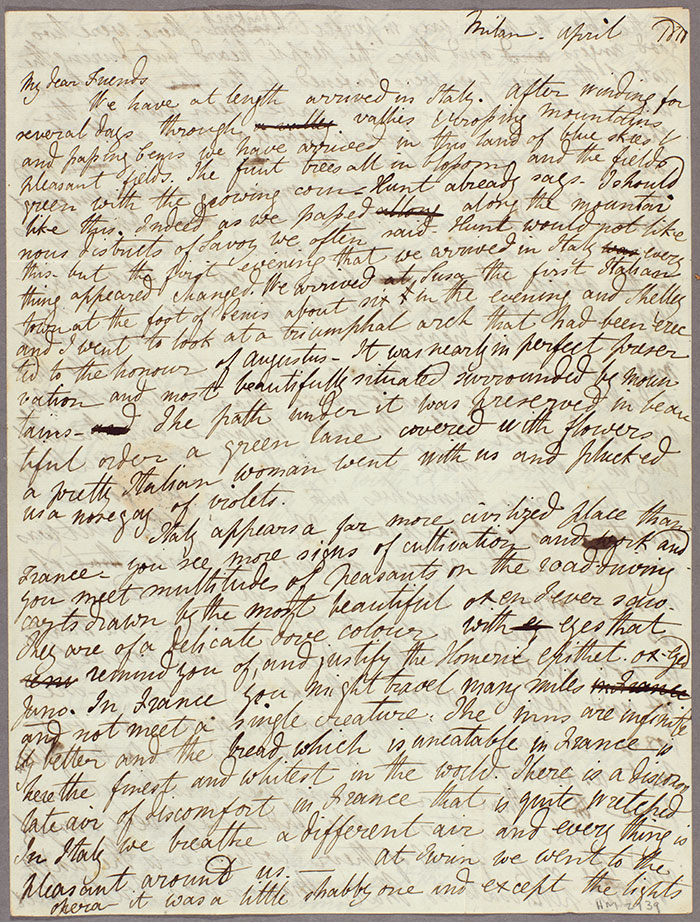 The conference’s second day, May 12, will move toward the “Now”: what has happened and is happening to the Frankenstein story and the issues it keeps raising in the 20th and 21st centuries. The day will begin with a screening of the astounding 2011 English National Theater stage adaptation of Frankenstein starring Benedict Cumberbatch and Jonny Lee Miller, directed by Danny Boyle, and written by the prolific British playwright Nick Dear . Mr. Dear himself will then join Professor Mellor and me, along with distinguished movie historian David J. Skal, to talk about the challenges in adapting the original novel, starting with the National Theater production but then ranging more widely across the still-expanding array of Frankenstein films. The conference will then close with an extraordinary session on the most recent innovations in genetic engineering and the ethical and legal issues they raise that recall Frankenstein directly. Joining us to confront these advances and debates will be Jennifer Doudna, the award-winning professor of biochemistry who directs the Genomic Institute at UC Berkeley and whose laboratory invented the revolutionary gene-editing process called CRISPR/Cas-9; and Henry T. Greely, the Edelman Professor of Law at Stanford University and the director of its Center for Law and the Biosciences. 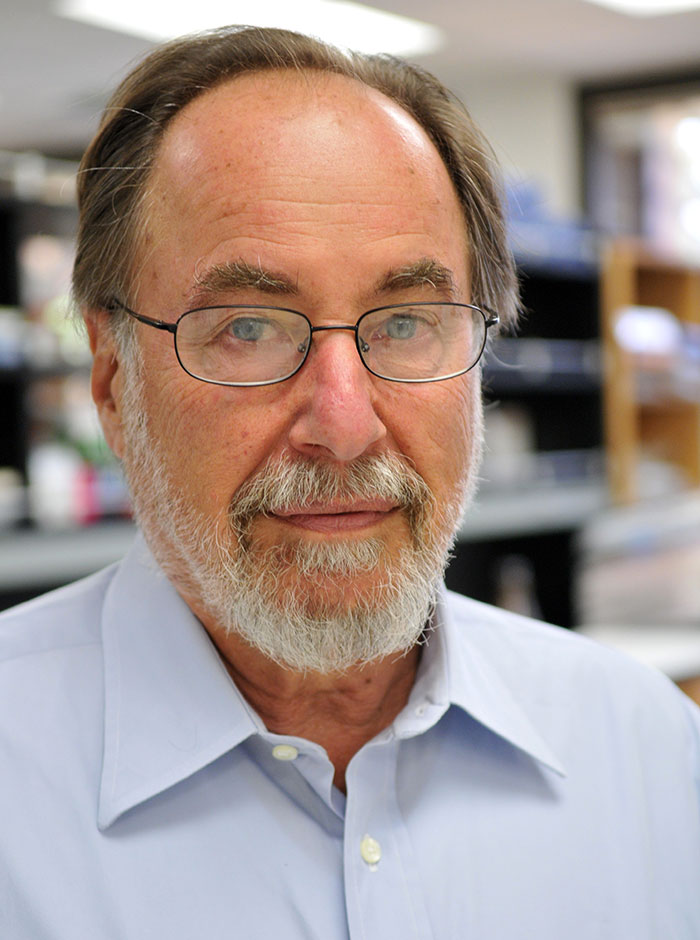 Nobel Prize–winner David Baltimore, President Emeritus and the Milliken Professor of Biology at Caltech, will give a lecture the evening before the Frankenstein conference begins in The Huntington’s Rothenberg Hall on Thursday, May 10, at 7:30 p.m. He will address what he calls “The Frankenstein Challenge” of today, the problem of controlling rapid and contentious developments in new biotechnology when there are so many different jurisdictions across our modern world. Photo courtesy of Caltech.

It turns out, in fact, that these legacies of Frankenstein are so current and unresolved in the sciences and ethics of our own moment that yet another very distinguished scholar has agreed to offer a pre-lecture, also in The Huntington’s Rothenberg Hall, at 7:30 p.m. on Thursday, May 10, the evening before the conference begins.  He is David Baltimore, President Emeritus and the Milliken Professor of Biology at nearby Caltech, who will address what he calls “The Frankenstein Challenge” of today, the problem of controlling rapid and contentious developments in new biotechnology when there are so many different jurisdictions across our modern world.  (This event is free to the public, but you must reserve tickets online in advance.)

Professor Mellor and I deeply appreciate the support this conference has received from Caltech, the Keats-Shelley Association, the Byron Society of America, and from The Huntington itself, from its William French Smith Endowment to its extraordinary staff.

You can read more about the conference program on The Huntington’s website.

You can see a copy of the 1831 third edition of Mary Wollstonecraft Shelley’s novel Frankenstein: or, the Modern Prometheus in the Library Exhibition Hall.

Jerrold E. Hogle is University Distinguished Professor in English at the University of Arizona and a former Andrew W. Mellon Foundation Fellow at The Huntington.