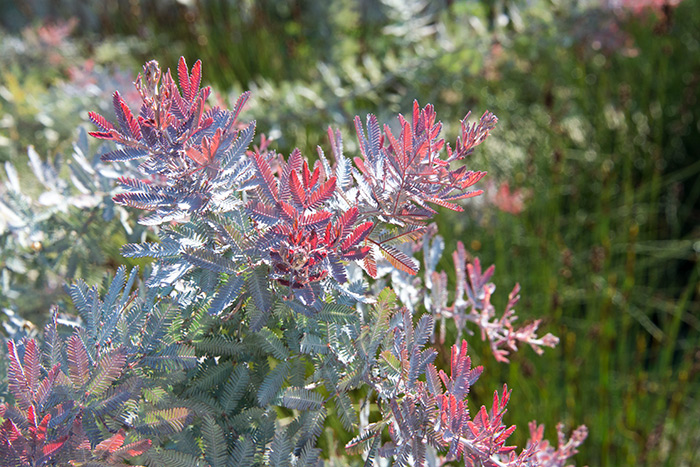 The striking blues, pinks, and purples of the Australian native Acacia baileyana 'Purpurea' at the center of the allée often stops visitors in their tracks. While not a California native, it does well in this climate. Photo by Kate Lain.

As you stroll through the Frances and Sidney Brody California Garden, you may find it hard to believe that, just a few years ago, the same space was used primarily as a walkway and parking lot.

The new garden opened in 2015 as part of the Steven S. Koblik Education and Visitor Center (EVC). Today, fruitless olives, several varieties of oaks, and a selection of native and other drought-tolerant plants greet visitors with a stunning display of colors, textures, and fragrances.

But like plants in most (if not all) new gardens, some didn’t perform as expected. We asked Seth Baker, head gardener of the EVC, to share the top five lessons he has learned while taking care of the new plants. 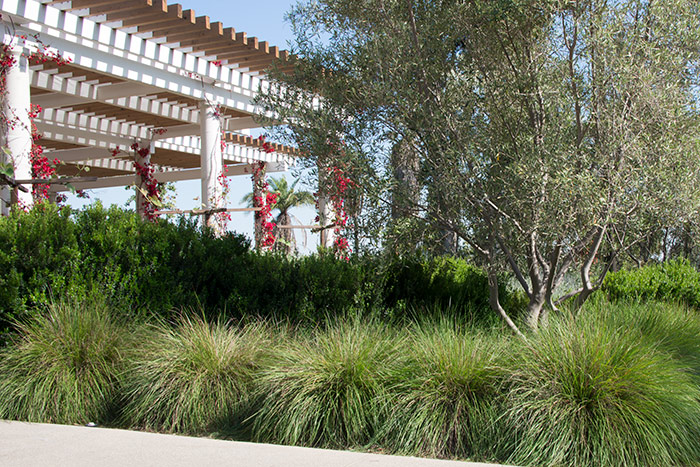 Clumping grasses, like this Slender Veldt Grass (Pennisetum spathiolatum) near the 1919 café, grow quickly, make a dramatic impact, and are inexpensive, according to Seth Baker, head EVC gardener at The Huntington. Photo by Kate Lain.

1. Be flexible
“We selected a wide range of plants to see what would acclimate. What you see are the things that have done well.” For instance, Baker loved the bright white blooms of coastal yarrow (Achillea millefolium 'Sonoma Coast'), but without coastal winds moving through the plant, it developed powdery mildew. The plants had to be removed. On the other hand, a variety of coastal buckwheat (Eriogonum grande var. rubescens) with beautiful reddish-pink flowers grew splendidly. “We’ve planted more of that one,” he says.

2. Pay attention to the soil (and then keep foot traffic away)
When the EVC was under construction, roughly 20 acre feet of topsoil was removed to avoid its becoming compacted by heavy machinery. After construction was done, the topsoil was returned. The plants grew extremely well in the loose soil, in many cases reaching mature size after a single season. But in one area where people created a shortcut by passing through a hedge of toyon, the plants on either side are stunted. “Roots grow more easily and live longer in soil that’s not compacted,” says Baker. 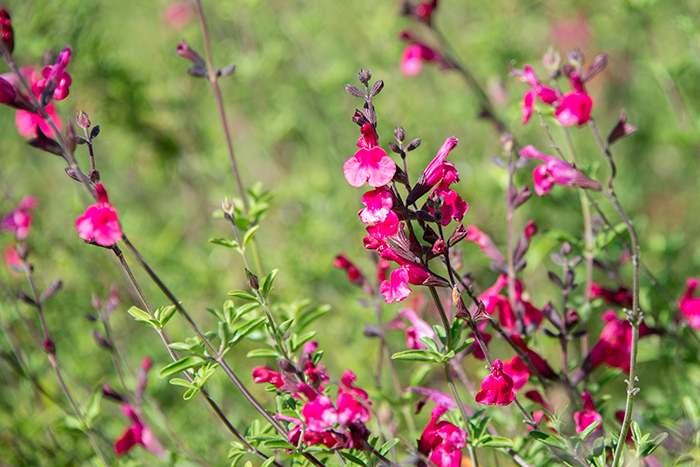 Finding the right amount of water to get native sages started can be tricky, especially in summer. This Autumn Sage (Salvia greggii) is one of the more forgiving species, tolerating some regular watering. Photo by Kate Lain.

3. Tweak the water schedule
The California Garden opened in the month of April, not long before the onslaught of summer heat. To establish the plants, the gardeners gave them abundant water. But many native plants are notoriously fickle and don’t like their roots to become wet in summer. Quite a few native plants succumbed to root rot. Then the garden crew cut back on water too dramatically, and other specimens whose roots couldn’t withstand the long periods of intense heat were lost. After a period of trial and error, Baker and his team hit upon a successful schedule for natives: water briefly for three days in a row, then wait two weeks. (Now that the plants are established, he’s extended that waiting period to three weeks.) Each planting area has unique conditions, so take time to figure out what works well in your garden.

4. Three cheers for grasses
Baker has been impressed by the performance of clumping grasses. They’re inexpensive, tolerant of different soil and moisture conditions, and make a big impact quickly while you wait for slow growers to fill in. He especially likes the field of Festuca mairei between the Celebration Garden and the Huntington Art Gallery (technically just outside of the California Garden), and deergrass (Muhlenbergia) peppered throughout the garden. Other well performing grasses include Carex divulsa (around the California pepper trees at the entrance) and Lomandra longifolia ‘Breeze’ (in the Stroll Garden and in pots along the allée of the California Garden). 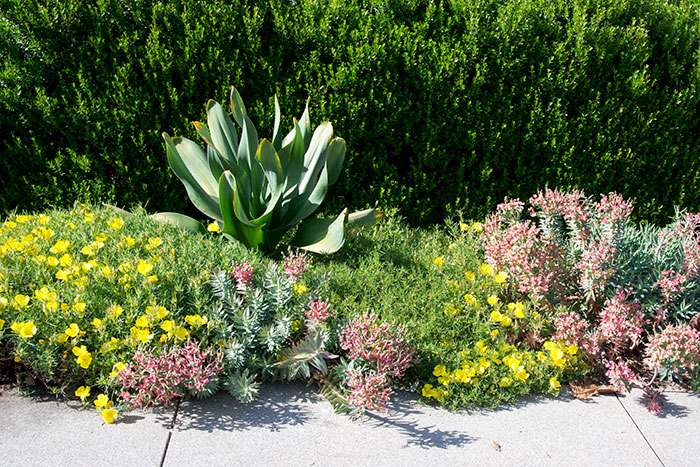 5. Common plants are common for a reason
After losing quite a few of the more unusual plants, Baker has newfound respect for unique varieties of common plants. A case in point: he’s had great success with Roman Beauty rosemary (Rosmarinus officinalis ‘Roman Beauty’) and Spanish lavender (Lavandula stoechas 'Wings of Night'). He achieved the swells of green leaves and purple flowers he was after—no mildew, root rot, or dieback in sight.

His overarching advice: Be willing to adapt your design. “Gardening is not like choosing tile for your kitchen. When you put in a garden, you’re not done,” he says. “It’s a process.” Gardens evolve over time, letting you know what works and what needs tweaking. For Baker, the ever-changing nature of a garden is also one of its most appealing characteristics. “Each day brings surprises,” he says.