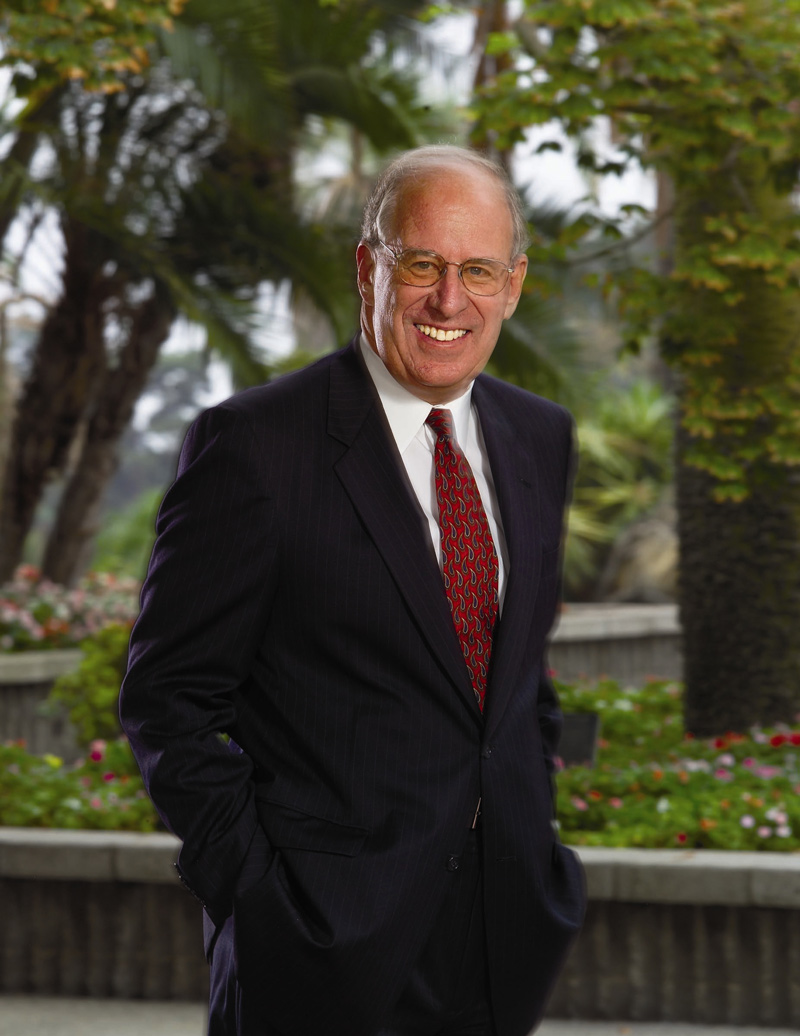 On Tuesday, the American Academy of Arts and Sciences elected 220 new members, including Huntington President Steven Koblik. The Academy's membership boasts more than 250 Nobel laureates and more than 60 Pulitzer Prize winners. This year's group builds on the Academy's 230-plus year tradition of recognizing some of the world's most accomplished scholars, scientists, writers, artists, and civic, corporate, and philanthropic leaders.

Koblik enters the Academy with such notable figures as Hillary Clinton, Melinda Gates, Paul McCartney, and television journalist Judy Woodruff. The Academy's 4,000 members include leaders in mathematics and physical sciences; biochemistry and molecular biology; the social sciences; humanities and arts; and public affairs, business, and administration.

Also worth celebrating this week—historians Anne Hyde and Richard White were finalists for the Pulitzer Prize in History. Hyde is the author of Empires, Nations, and Families: A History of the North American West, 1800–1860 (University of Nebraska Press) and White wrote Railroaded: The Transcontinentals and the Making of Modern America (W. W. Norton & Co.). They both conducted much of the research for their books at The Huntington. (The prize for History went to the late Manning Marable, author of Malcolm X: A Life of Reinvention.)

White, professor of history at Stanford University, is also a member of the Academy, entering those esteemed ranks back in 1998. Dozens of scholars now in the Academy have conducted research at The Huntington. Civil War historian David Blight enters the Academy this year with Koblik, one year removed from his tenure at The Huntington as the Rogers Distinguished Fellow.

And Koblik is not the first Huntington president to gain entry to the Academy. Robert Middlekauff, president of The Huntington from 1983 to 1987, became a member in 1984, noted, though, for his work as a historian. Middlekauff is best known for his book The Glorious Cause, a history of the American Revolution, the first in what has become a classic series on American history published by Oxford University Press. Other writers in that series include James M. McPherson and Daniel Walker Howe, each winners of Pulitzer Prizes, each members of the Academy, and each having served multiple research fellowships at The Huntington Library. Richard White, it turns out, is slated to publish the next book in the series, due out in a few years.

While Koblik, too, is a well-regarded historian in his own right, his election to the Academy comes in recognition of the ways he has helped create a climate where humanities scholarship can thrive, where historians such as those mentioned above can do the work that eventually leads to more Pulitzer Prizes and election into the American Academy of Arts and Sciences.

We profiled Anne Hyde in the Blog after she won the Bancroft Prize in March. The most recent issue of Huntington Frontiers includes an interview with Richard White and an excerpt from David Blight's most recent book, American Oracle: The Civil War in the Civil Rights Era.