EXHIBITIONS | The Installation Is the Art

In theory, putting on an art exhibition is a rather formulaic process. You develop a theme, select works, design a layout for the gallery, and then, in the final weeks before opening, the show is installed according to plan.

Well, not always. For “Lesley Vance & Ricky Swallow,” on view in the Huntington Art Gallery November 10 through March 11, the installation process was a bit more…organic. 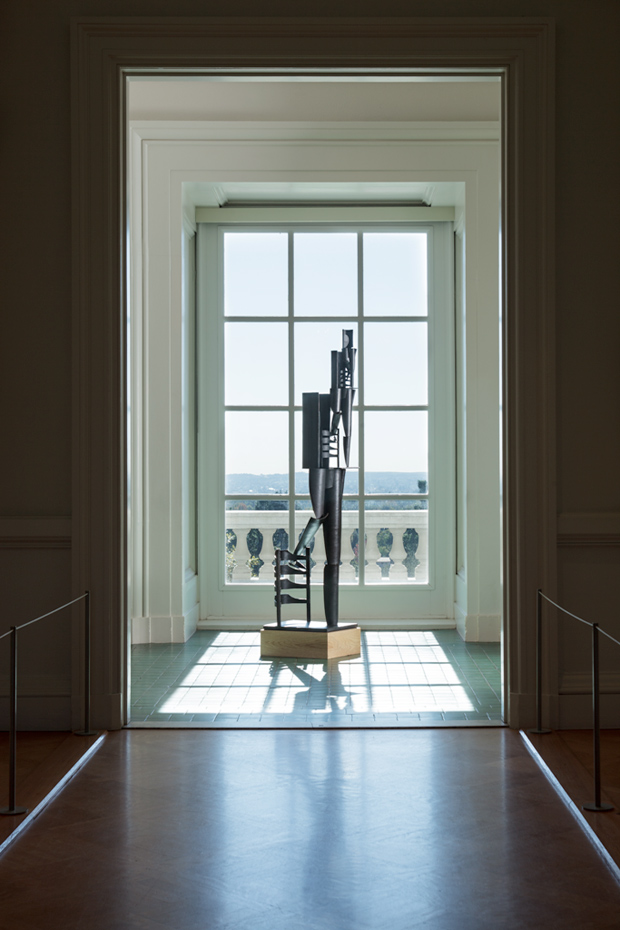 But upstairs, there was a lot of activity. “Lesley Vance & Ricky Swallow” was about to open and, impossibly, the installation was still in full swing, with some of the works not yet in the building.

The first thing visitors were supposed to see when they reached the top of the grand staircase was Swallow’s fascinating human-size abstract bronze, Descending Figure, set in the center of a window, mirroring the way Jean-Antoine Houdon’s Diana is poised in the center of the hall to the east wing. Where was it?

“Ricky has taken it back to touch up the patina,” Catherine Hess explained.

This is a fresh show indeed. Even though the curators (who are Hess, chief curator of European art at The Huntington, and Christopher Bedford, Henry and Lois Foster Director of the Rose Art Museum at Brandeis University) began work on it more than a year ago, much of the installation, and even the checklist, weren’t finalized until the last minute. One reason is that the installation is especially responsive to the site and its characteristics. Most of the nine paintings by Vance and 12 sculptures by Swallow are carefully arranged in a small room that includes a fireplace, two large windows, and plenty of woodwork in the form of wainscoting and crown molding—so there are a lot of elements there to consider. And then, some of the works sort of trickle out—like Descending Figure as well as a small painting and sculpture placed in a room two doors down. 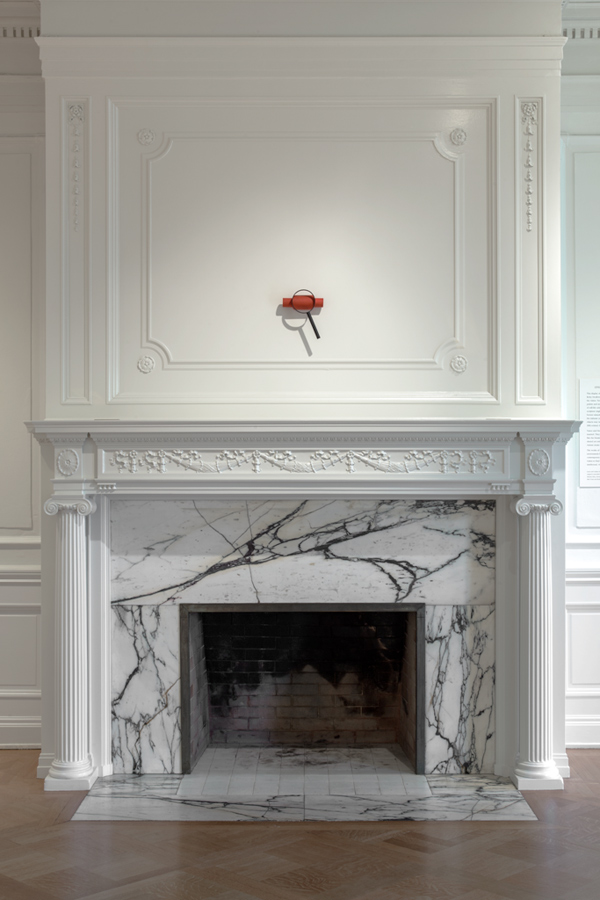 "That little creative decision could only have been made when all of us—the two curators and the two artists—were all together, looking at the pieces as they went up in the gallery. We spotted an irresistible opportunity to place some works outside the room, along a site line from the gallery entrance. And voila!—a charming addition to the installation plan," said Hess.

To be clear, the delicate and careful installation of “Lesley Vance & Ricky Swallow” was not all serendipitous. The artists kept a scale model of the room in their Eagle Rock studio for months, envisioning how existing works would fit and making new works for the space.

But the feeling when you go in is surprising, as you might be able to tell from the pictures made by Los Angeles art photographer Fredrik Nilsen. And, if you come see the show in person, you might still be able to smell the paint drying.