A "coaching" scroll from the Y. C. Hong legal papers.

Next Saturday, Nov. 9, “Remarkable Works, Remarkable Times: Highlights from the Huntington Library” will open in the Main Hall of the Library, a new installation of The Huntington’s Library treasures. Anchoring 12 sections will be key works—such as the Ellesmere manuscript of Chaucer’s Canterbury Tales, the Gutenberg Bible, and Shakespeare’s First Folio—that will be displayed with other rare works intended to provide unexpected juxtapositions and new insights into the collections.

Taking its place as the focal point in the 12th and last section—about 20th-century California—is this document, a “coaching” paper from The Huntington’s You Chung Hong legal papers. Y. C. Hong (1898–1977) was the first Chinese American admitted to the California Bar Association (1923) and was a prominent immigration attorney who challenged the Chinese Exclusion Act, in effect from 1882 to 1943, when the United States banned immigration from China except in very specific circumstances. If you were the son of a Chinese American man who already held legal residency, for example, you too could be eligible for citizenship. To prove your lineage and family ties, both you and your father would be interrogated about your family history, neighborhood history, village layout, and so forth. If the father and son did not have the same answers, the son would be returned to China. 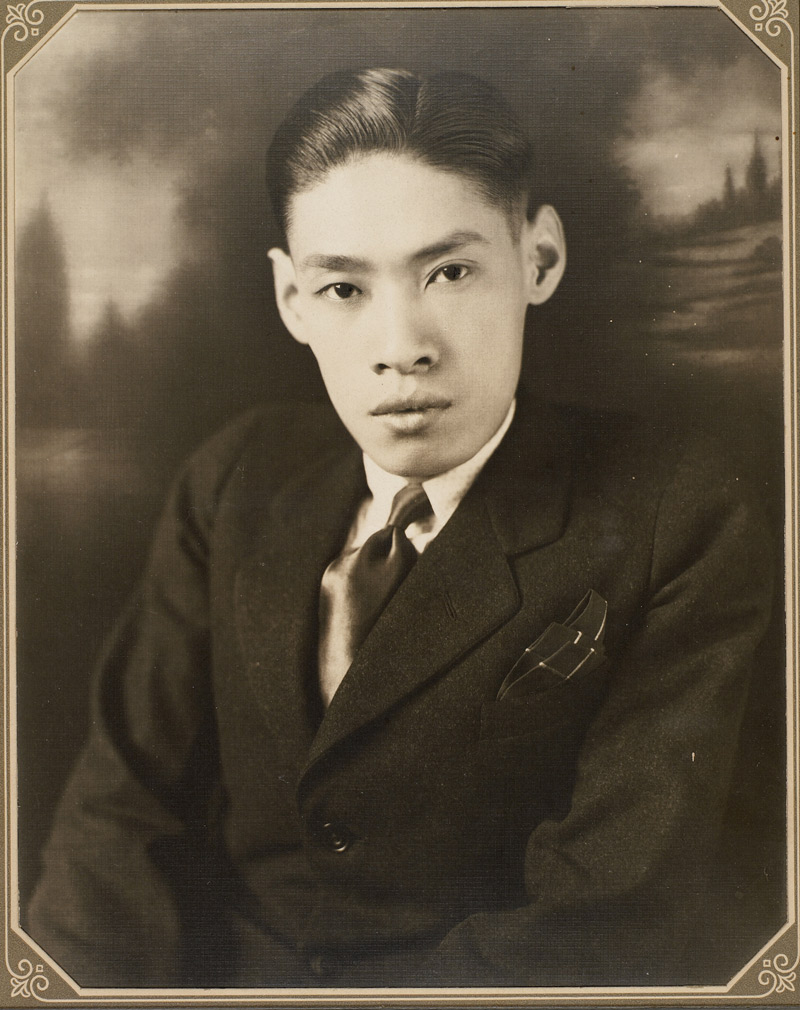 Y. C. Hong as a young man in an undated photo.

Although such documents sometimes helped “paper sons” who sought to thwart the biased system, they also bolstered the cases of legitimate children who faced a level of scrutiny intended to keep them out of the country, no matter the truth or falsity of their claims.

Hong’s collection documents more than 7,000 immigration cases from 1904 to 1965, including more than 600 coaching papers from the era of the Exclusion Act. Many of them, including the examples illustrated here, were in the form of long scrolls, testimonies to the level of detail required to gain entrance to the United States. In many instances, diagrams (such as the one below) showed maps of villages or house plans.

“The main function of coaching papers is about framing one’s family history in a straight and consistent fashion,” says Li Wei Yang, archivist at The Huntington. “Because it was impossible for the interrogators to know whether a story was true, they actively sought out inconsistencies in the answers provided by the immigrant and his alleged father. Factual agreement between the son's and the father’s testimonies was the most important factor in granting entry.”

More than 300 "coaching" papers in the collection show detailed maps or diagrams of villages or house plans.

These scrolls illustrated here are filled with details such as the size of the village, the type of trees surrounding the village, and how many vacant houses or lots were in the village. In most instances, the individual seeking residency would have disposed of the coaching paper before arriving at Angel Island, San Pedro, or other ports of entry. These have survived and are now among the treasures of the Huntington Library.

In the display, one scroll will be traded out with another from time to time. This precaution limits exposure to light and helps preserve the materials as long as possible. You can learn more about the Hong papers and view images on the Huntington Digital Library.