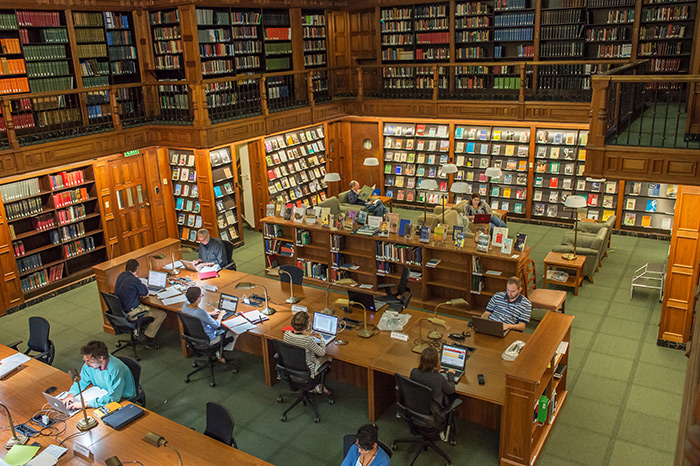 Members and visitors may typically think of The Huntington as a glorious place to visit in the spring with the puya in bloom in the Desert Garden, the wisteria gracing the Japanese Garden, and the roses rioting a few acres away in the Rose Garden. But for humanities scholars, spring at The Huntington signals something else entirely: it’s the time when grants are awarded by The Huntington Research Fellowship Program. That arduous process was completed by a group of external evaluators who discussed and evaluated more than 650 applications and awarded nearly 200 grants. (You can see the complete list of 2015-16 awarded fellowships on The Huntington’s website.)

The Huntington is one of the nation’s major granting institutions in the humanities, awarding roughly $1.7 million in fellowships each year. For scholars, a fellowship award is something of a holy grail, as it provides them with an opportunity to immerse themselves for a period of time in the collections here, away from administrative and faculty responsibilities, and focus on their own research projects. 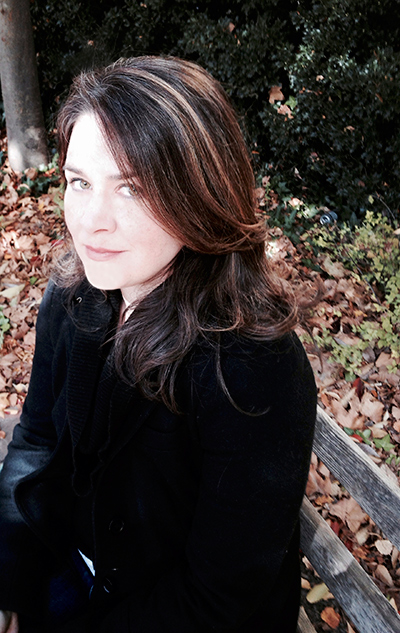 Amanda E. Herbert, assistant professor of history at Christopher Newport University, is the inaugural holder of the Molina Fellowship in the History of Medicine and Allied Sciences at The Huntington. Photograph by David Woodworth.

The awardees are selected by peer reviewers that hail from various disciplines (British and American history; British and American literature; the history of art, science, and medicine), but the review process also involves the active participation and advice of research staff and several Huntington curators. The final result is that a new cadre of grantees will be in residence here during the academic year 2015-16, and another 11, with the Huntington’s financial support, will be traveling to the United Kingdom to undertake research in British archives and libraries or to hold one of our exchange fellowships with colleges in Oxford and Cambridge Universities.

The process is competitive. Just over a third of those who applied were awarded grants, and it is striking that a very substantial proportion (38%) of these awards were made to graduate students, reaffirming the Huntington’s commitment to support humanities scholarship at the doctoral as well as the postdoctoral level. One other noteworthy feature of this year’s list is its international flavor: well over a third of the group is coming from outside the United States.

The highly coveted long-term fellowships are awarded for periods of residence of between nine and 12 months, and competition for these was extremely stiff. Of the 149 applications, only 12 were successful. Three of next year’s long-term fellows will be coming from Europe, and those from the United States work in institutions as geographically diverse as Tulane, Northwestern, UC Irvine, and New York University. The diversity of their research projects reflects the strength and breadth of the Huntington’s collections, with interesting clusters in Renaissance literature, early modern astronomy and astrology, and 18th-century economic history. (You can listen to lectures by some of the 2014-15 long-term fellows on iTunes U.) 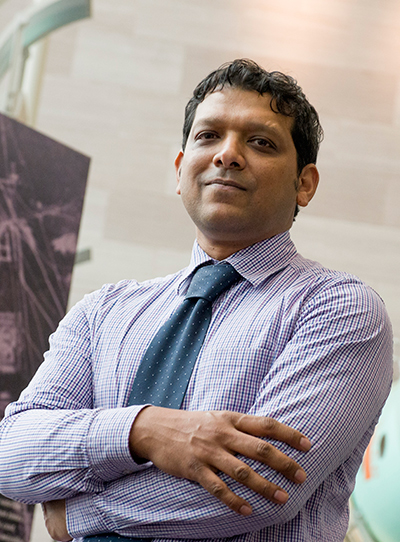 Asif Siddiqi, professor of history at Fordham University, will be the Eleanor Searle Visiting Professor in the History of Science and Technology. Photograph by Bill Denison.

We have expanded the long-term fellowship program into a new field, the history of medicine, an area of strength in our collections that has been made even stronger through recent acquisitions. The first recipient of the Molina Fellowship in the History of Medicine and Allied Sciences is Amanda Herbert, assistant professor of history at Christopher Newport University, who focuses on public health and science in the spa towns of the British Atlantic.

Another growth area in our collections is the history of technology and especially of aerospace, which is why The Huntington is so attractive to Asif Siddiqi, professor of history at Fordham University, who will be the Eleanor Searle Visiting Professor in the History of Science and Technology. The post will allow him to undertake research at The Huntington and also teach undergraduate courses at Caltech.

All these scholars will arrive in September, effectively becoming the Huntington’s “faculty” for the year, keeping the research environment here bubbling with excitement as they discover new material in the collections and discuss their findings with their new colleagues.