The Art of Water Management 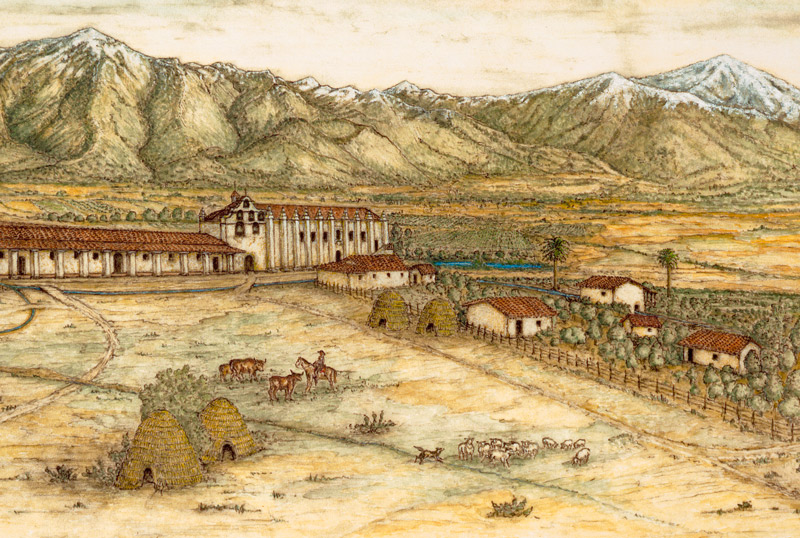 Michael Hart spent 40 years as the vice president and general manager of the Sunny Slope Water Company in Pasadena. After retiring in 2008, he spent three years producing eight hand-colored maps and illustrations of the historic San Gabriel Mission water complex, including accurate renderings of ditches, dams, and mills dating back to the 1790s.

This weekend will be your last chance to see Hart's drawings in the small Huntington exhibition "Water Began It All," on view in the Flora-Legium Gallery of the Botanical Center. Hart's drawings are supplemented with reproductions of 19th-century photographs from the Library collections. The show has run on weekends only since November.

Hart's artistic talents don't stop with his drawings. He's also an accomplished sculptor and blacksmith. But for those who know him best, he's a zanjero, a term that derives from the Spanish word zanja, or ditch. Zanjeros in Spanish California managed the irrigation systems, and water officials like Hart embrace the designation with pride, knowing they are part of a rich history.

Last spring, as Hart was putting the final touches on his drawings, he took a walk on the Huntington grounds, tracing the path of a now hidden ditch that was once part of the intricate water system of the San Gabriel Mission. His drawings show the familiar topography of The Huntington's immediate vicinity, including Mission Lake (now Lacy Park) and El Molino Viejo. 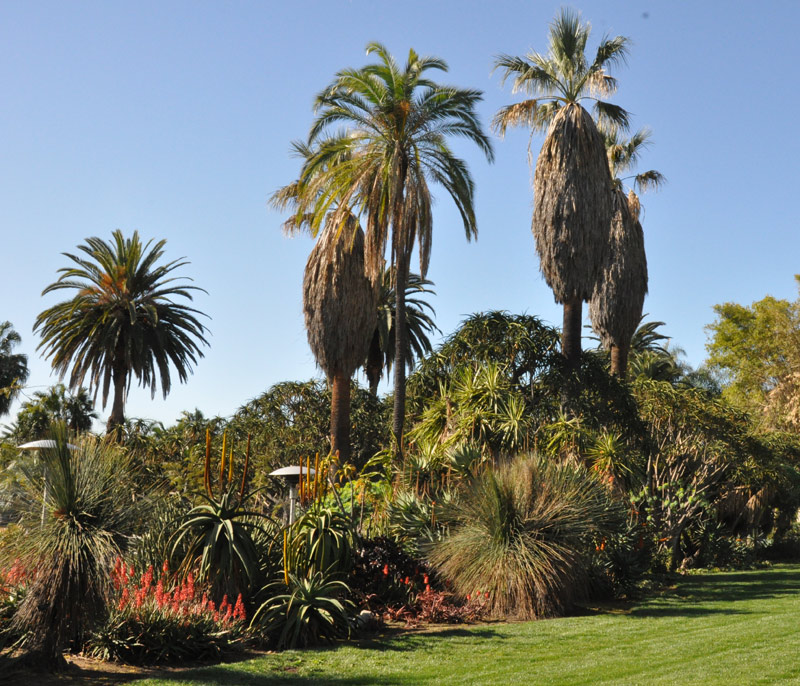 The Huntington—above ground—is far different now than it was in the 18th and 19th centuries. Irrigation today has more to do with supporting diverse landscapes than with sustaining agriculture or livestock. Maxx Echt is a project coordinator in The Huntington's botanical division who has been working with new irrigation equipment—complete with GPS technology and WiFi controls—and might qualify as a zanjero of the 21st century. His word of choice, though, is evapotranspiration, a smart-sounding term worthy of the Intelligent Use of Water Award, or so he believes.

Echt recently submitted his entry for an interactive grant program sponsored by Rain Bird, the sprinkler company. Participants submit their descriptions and rely on votes from readers like you. Winners receive awards ranging from $1,500 to $10,000. Why should you vote for Maxx's Huntington entry? Read his submission about how the system is improving water efficiency by 70 percent.

"We can now control irrigation down to a single sprinkler head," he says, explaining that not only can he mange the timing of irrigation but also the direction and volume of the spray. That means shade plants, cacti, and lush lawns in one section of the garden get what they need, down to the drop. And no more.

So visit the Intelligent Use website. Vote, and vote often. You can vote once a day for the project of your choice. The Huntington is currently ranked 13th. Voting ends on March 15.

Captions: Detail from Michael Hart's drawing of the San Gabriel Mission; view of a section of the garden where the Desert Garden and Jungle Garden merge with a lawn.