To Paint without Thinking

The exhibition “Frederick Hammersley: To Paint without Thinking” runs from Oct. 21, 2017, to Jan. 22, 2018, in the Susan and Stephen Chandler Wing of the Virginia Steele Scott Galleries of American Art. Co-curated by James Glisson¸ the Bradford and Christine Mishler Associate Curator of American Art at The Huntington, and Alan Phenix, scientist at the Getty Conservation Institute, the exhibition is accompanied by a catalog from which this excerpt is taken. 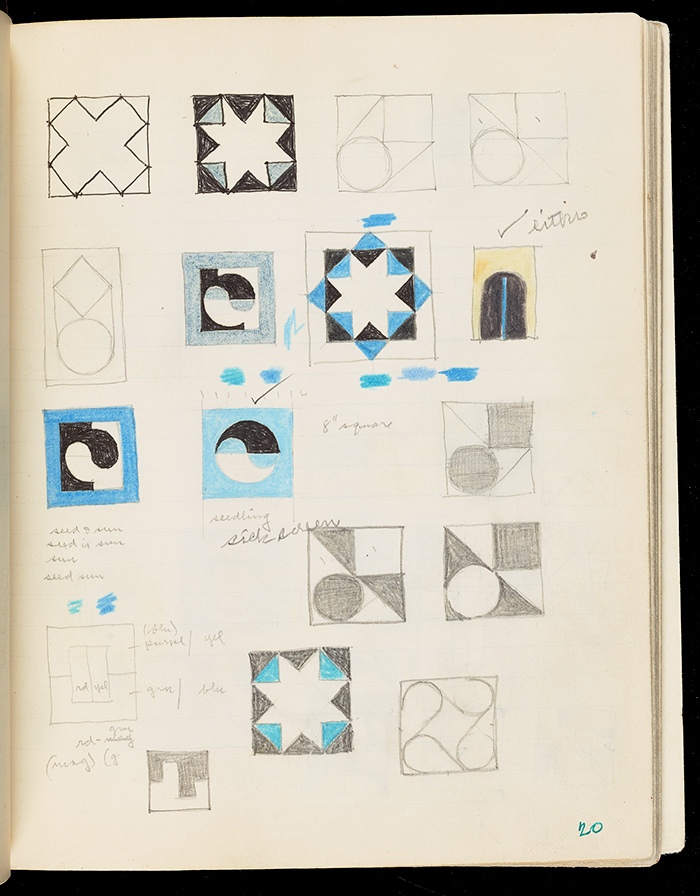 Frederick Hammersley (1919–2009), a longtime resident of Los Angeles and later of Albuquerque, is best known for his geometric paintings, which the critic Jules Langser in 1959 grouped with other works he called “hard edge” paintings. The elegant simplicity of Hammersley’s paintings, however, was the result of a rigorous process of refinement, worked out in a set of sketchbooks and archival materials now at the Getty Research Institute. These Notebooks, as he designated them, reveal him running through possibilities until he happened upon the solution. 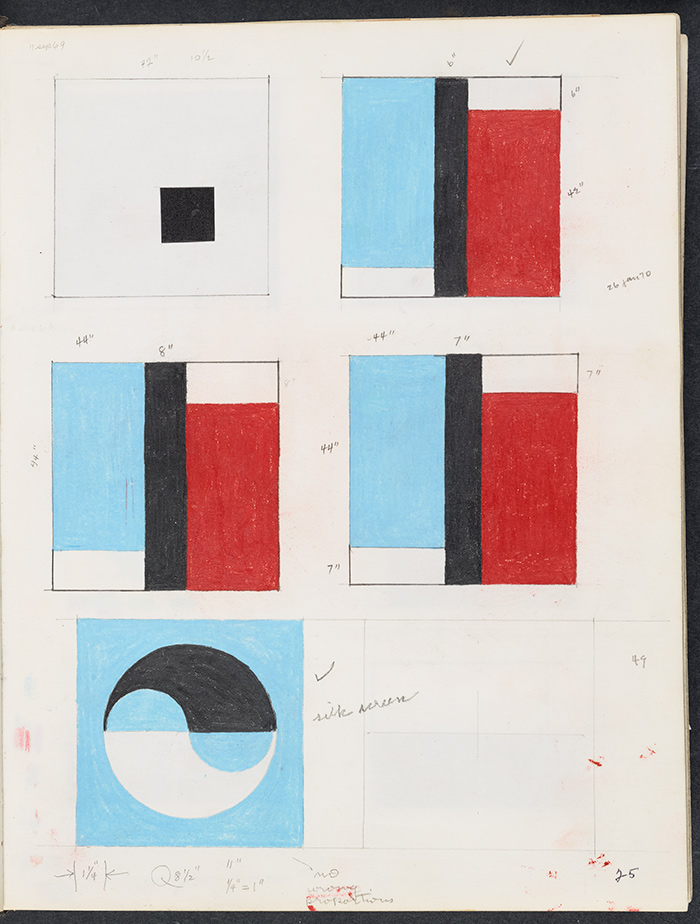 The page where he tests out options for the composition of Adam & Eve shows that he used the Notebooks to resolve the precise geometric composition and to establish a basic color scheme, which he fine-tuned later as he mixed and applied paint. Although he still had to make choices as he executed his paintings, the studies in the Notebooks, like a set of instructions, largely guided him. By figuring out the big decisions before he began the paintings, Hammersley could sit down and focus on applying the paint with a palette knife to achieve his fantastically crisp edges, which he did by hand without the aid of masking tape. In the “geometrics,” as he called his geometric paintings, he could “paint without thinking” because the thinking, so to speak, had been done in the Notebooks. The questions of what to paint was settled, and he had to worry only about the how. 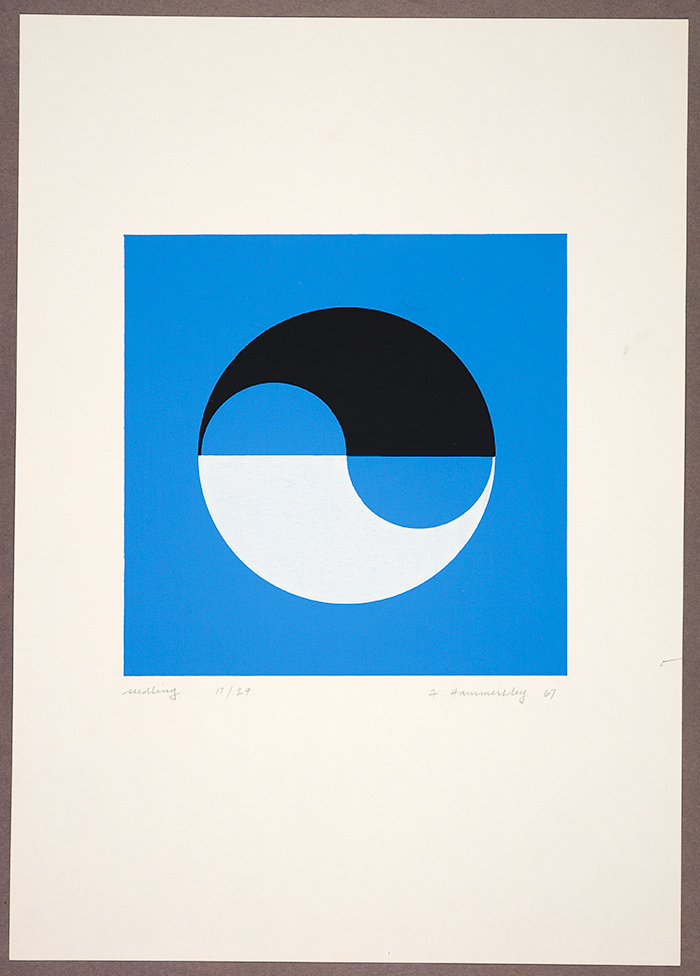 When I first saw the Hammersley archival material at the Getty in January 2014, I immediately wanted to organize an exhibition around it. On that afternoon I looked, in a rush, through hundreds of small lithographs, examined dozens of color swatches, leafed through the artist’s Notebooks, and passed my eyes over his sheets of titles. The sheer quantity of materials and the evident care the artist had lavished on creating and preserving them impressed on me that they were neither mere records nor material ancillary to his paintings. This exhibition is the first to highlight the archival trove Hammersley left in his home/studio at the time of his death, and to argue from its abundant evidence that the artist was profoundly concerned with the process by which he created artworks—the technical elements he used (canvas, paints, and varnishes and their application) and the decision making, all the choices that, little by little, bring an artwork into the world. 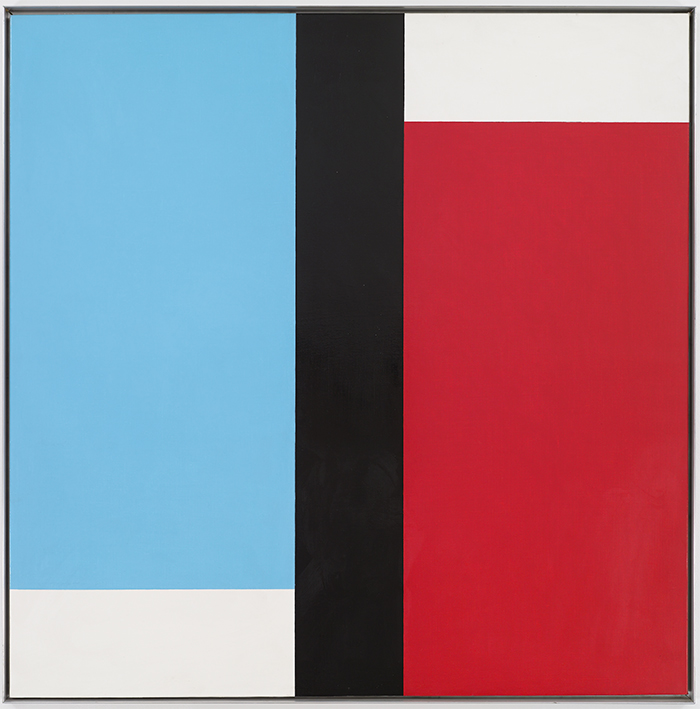 James Glisson is the Bradford and Christine Mishler Associate Curator of American Art at The Huntington.