The New Renaissance and Baroque Galleries 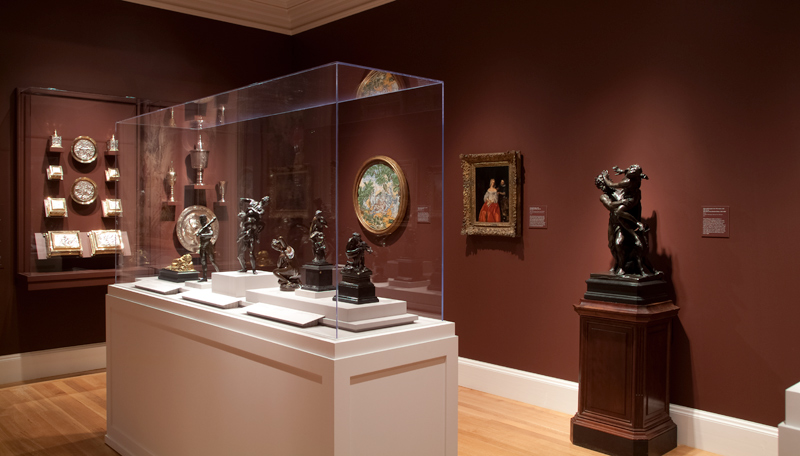 Who knew The Huntington was so rich in works from the Renaissance and Baroque periods? If you’re in the mood for some splendor, along with a stunning reminder that The Huntington’s art collections go beyond huge 18th-century British portraits, all you have to do is enter the Huntington Art Gallery (the original Huntington residence), climb the grand staircase, make a left, and head toward Jean-Antoine Houdon’s tall bronze, Diana the Huntress. At her feet, make another left. Then stop. Things have changed.

Catherine Hess, chief curator of European art, had several reasons to reinstall three of the rooms in the Huntington Art Gallery, which previously had displayed these early works in addition to French 18th-century art. (The French material will get a new gallery soon, as the reinstallation project continues into next year.) First, there were some recent acquisitions to put on view, including an Italian Renaissance wood sculpture, St. George and the Dragon, attributed to Giovan Angelo del Maino; and a series  of 17th-century Flemish and German fruitwood carvings. Plus, there was a rare, early (late 17th- or early 18th-century) bronze cast of Bernini’s Pluto and Persephone, which had been in the Trustees’ room of the Library building, seldom accessible to visitors. “This cast is exquisite, deserves further study, and should be on display,” said Hess. Also, in that gallery, the collection of bronze statuettes are installed in a case in the middle of the room so that visitors can see the sculptures in the round to appreciate their dynamic compositions. 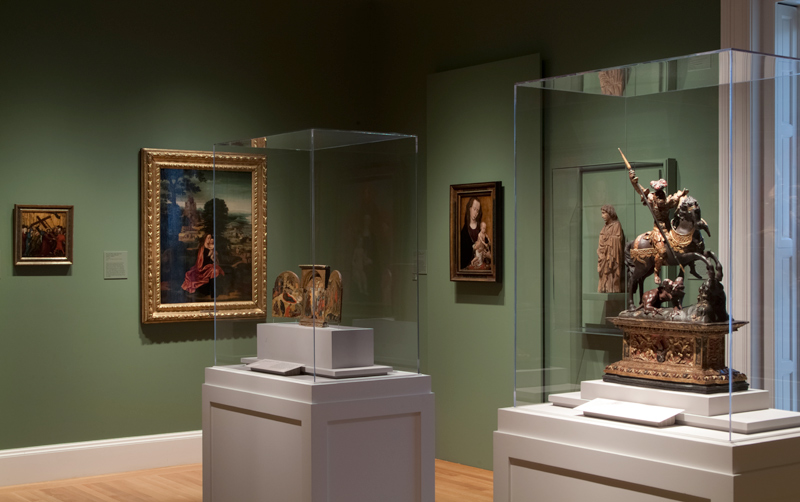 Hess explains that the reinstallation also aimed to improve the visitor experience. “I think it’s the curator’s job to give people clues about which works are especially important and deserving close attention.” So now, the star of the Renaissance works, Rogier van der Weyden’s painting Madonna and Child, has been moved from the first of the rooms, which is essentially a wide hallway, to a position of prominence at the end of that hall on the far wall. It’s the dead center of your sightline when you first enter the area. Ta-da!

Thea M. Page is art writer and special projects manager at The Huntington.