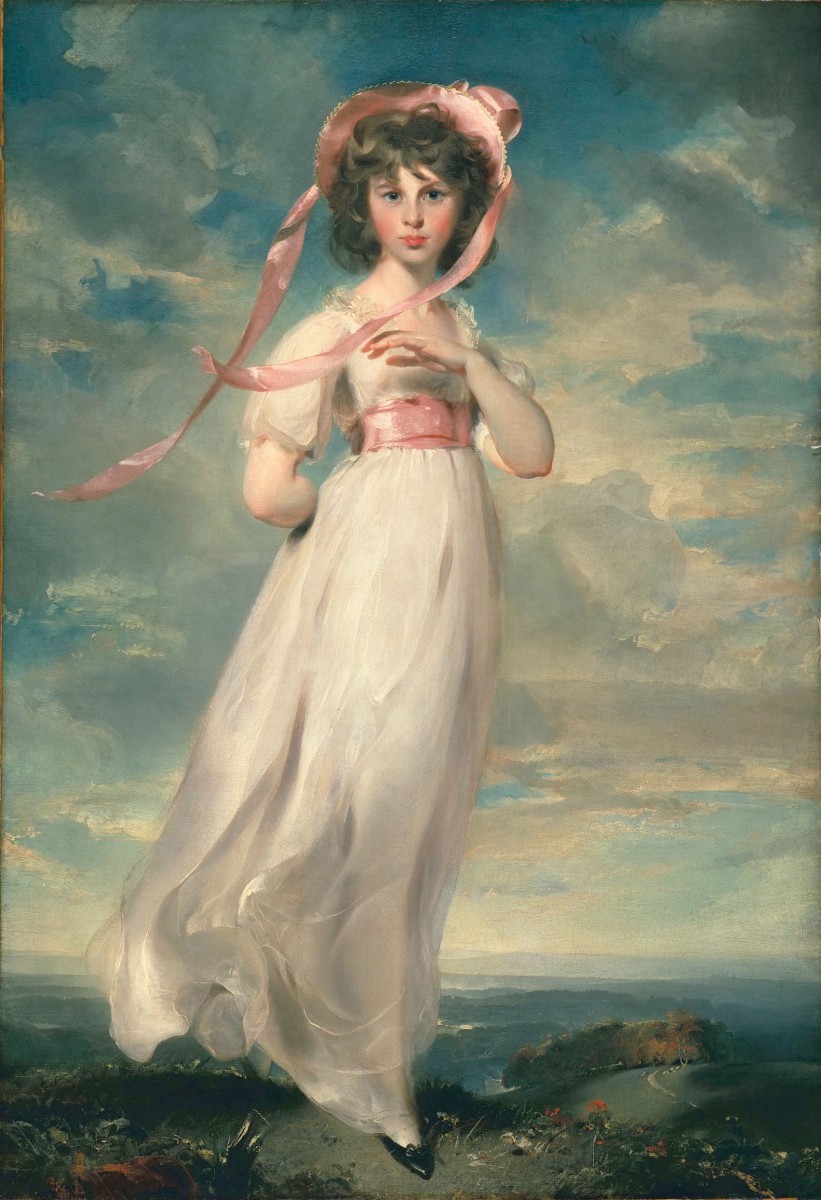 Judith Barrett commissioned this painting of her granddaughter to ease the pain of the child's absence. Sarah, known to her family as "Pinkie," was raised in the British colony of Jamaica before being sent to England for schooling. Mrs. Barrett requested that her granddaughter be depicted "in an easy, careless attitude." Pinkie's brilliant hat ribbons flutter in the breeze, while a gust of wind picks up her lustrous white skirts. With her right arm bent behind her back, her left arm raised in front of her chest, and her right toe pointed, Pinkie appears ready to perform one of the sophisticated dance steps she would have recently learned, demonstrating for her grandmother the civilized refinements she was acquiring in England. Lawrence's use of a low horizon heightens the monumentality of this portrait of a young girl, who died shortly after the painting was completed. His idealized portrayal of childhood led to "Pinkie's" international fame and iconic status.