Samuel F. B. Morse’s “Gallery of the Louvre” and the Art of Invention

Samuel F. B. Morse, of Morse code fame, may be better known as an inventor, but he began his career as a painter. This exhibition focuses exclusively on his masterwork, Gallery of the Louvre (1831–1833), featuring great paintings from the Louvre’s collection. The six-by-nine- foot canvas depicts masterpieces by Leonardo da Vinci, Titian, Caravaggio, Rubens, and Van Dyck, among others, in a configuration deliberately fabricated by Morse. Gallery of the Louvre underwent extensive conservation before being exhibited from 2011 to 2013 at the Yale University Art Gallery, the National Gallery of Art, and the Pennsylvania Academy of the Fine Arts, during which it was the subject of scholarly investigation and dialogue, culminating in an anthology of essays due out this fall. The exhibition’s presentation at The Huntington, organized by and with support from the Terra Foundation for American Art, marks the beginning of a multi-year, nine-venue tour of the United States.

A New Look: Samuel F. B. Morse's Gallery of the Louvre

Inpainting the Entrance to the Grande Galerie

The entrance to the Grande Galerie features prominently in Morse's Gallery of the Louvre, and it was an area of special concern for conservators Lance Mayer and Gay Meyers. In order to restore clarity and correct damages, they inpainted and focused their attention on the figures and pattern of coffering in the ceiling. 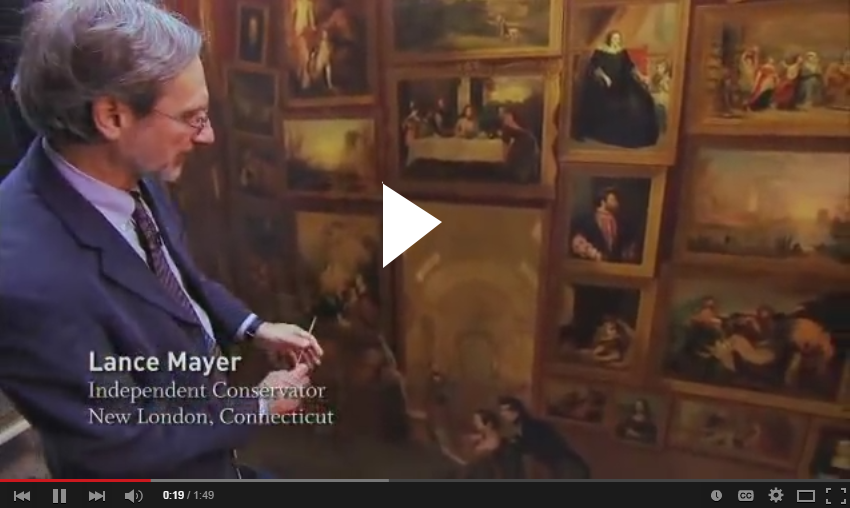 'A New Look: Samuel F.B. Morse's Gallery of the Louvre' was produced for the Terra Foundation of American Art by Sandpail Productions.