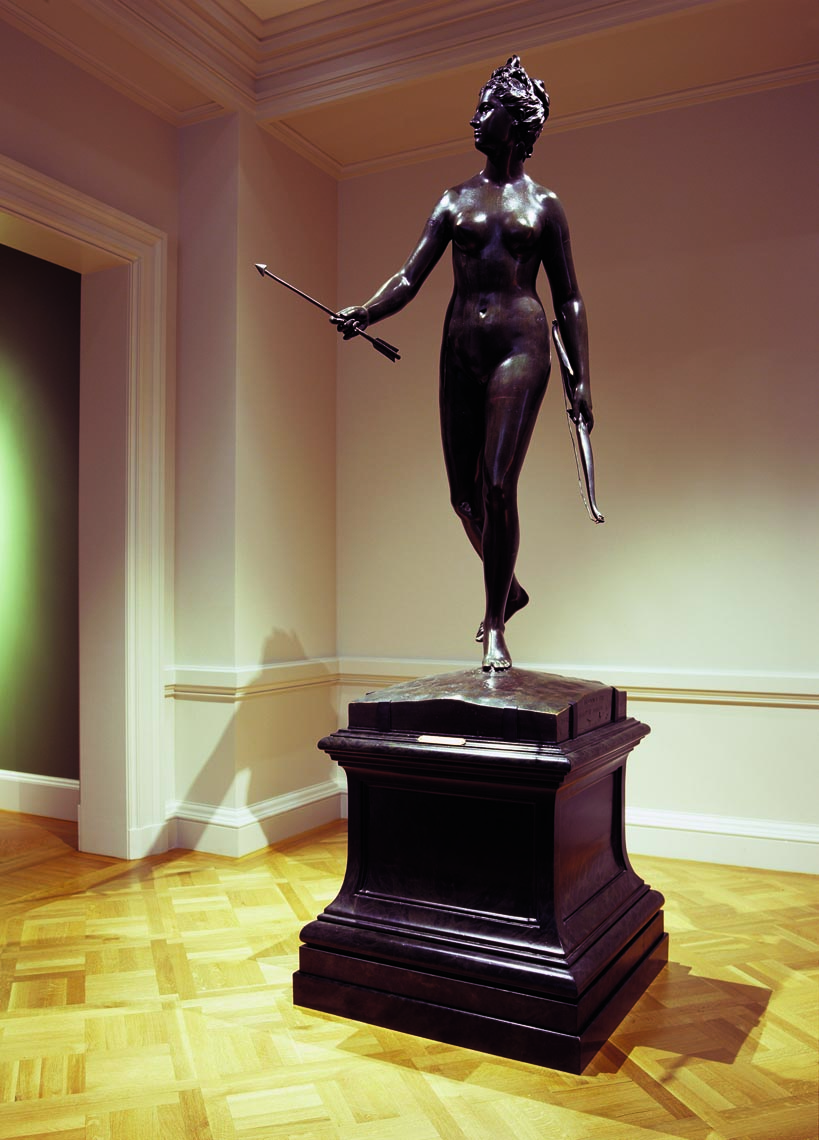 Standing over six feet tall and weighing 747 pounds, this was Houdon's first life-size bronze sculpture. It was commissioned by the wealthy banker Jean Girardot de Marigny, whose name is inscribed on the base, for the garden of his Paris mansion. Houdon's decision to portray Diana, the goddess of the hunt, wearing nothing but a crescent moon in her hair, was highly unusual in the 18th century. Diana was usually portrayed as a nude bather or a clothed huntress. Houdon combines the two forms, and in doing so evokes the classical tradition of a Diana who is both chastely nude and in hot pursuit of her quarry.