Launching in 2016, /five is a contemporary art initiative centered on five year-long collaborations between The Huntington and a variety of arts and cultural organizations. The aim is to engage The Huntington's rich library, garden, and art collections in new and thought-provoking ways. Outcomes include site-specific installations, educational programming, performance pieces, sound work, film, and other art forms.

The origin of a collaboration between The Huntington and NASA’s Jet Propulsion Laboratory (JPL) stretches back almost a century. In the early 1900s, a handful of visionaries imagined Southern California as a global hub of learning across the humanities, arts, and sciences. One was Henry E. Huntington, who was developing his exceptional library. Another was solar astronomer George Ellery Hale, who played a central role in creating the California Institute of Technology. Caltech’s pioneering work in rocket science would eventually lead to the creation of JPL. Hale convinced Huntington to envision his library as a nexus of research in history, literature, and art.

The Huntington Library today holds one of the largest history of science collections in North America. Highlights include Galileo’s Sidereus Nuncius, which featured the first engravings of the moon peered through the newfangled telescope, and a 1923 logbook from astronomer Edwin Hubble on his observations from a telescope atop Mt. Wilson. These objects and others are on view in the permanent exhibition “Beautiful Science: Ideas That Changed the World” in The Huntington’s Dibner Hall of the History of Science. The Orbit Pavilion at The Huntington celebrates the relationship between these two research-based institutions, the dynamic fulfillment of a vision first proposed almost 100 years ago.

JPL is a federally funded research center in Pasadena that carries out robotic space and earth-science missions and implements programs in planetary exploration, earth science, space-based astronomy, and technology development. JPL is managed for NASA by Caltech.

For the second year of the contemporary art initiative /five, The Huntington partnered with the Women’s Center for Creative Work (WCCW) and selected seven artists to create new works investigating the theme of collecting and collections. These works are on view in “COLLECTION/S: WCCW/five at The Huntington” from Nov. 18, 2017, through Feb. 12, 2018 in the Virginia Steele Scott Galleries of American Art at The Huntington.

The seven artists conducted research across The Huntington’s library, art, and botanical holdings, making artworks in response to those objects. The resulting paintings, sculpture, textile, video, audio, and writings are meant to engage, provoke, and inspire Huntington audiences.

Founded in 2013, WCCW is a Los Angeles–based nonprofit organization that cultivates feminist creative communities and practices through its facilities, residency programs, and rapidly growing network of over 15,000 followers.

For the third year of /five, The Huntington collaborated with the Vincent Price Art Museum to invite noted artists Carolina Caycedo (b. 1978) and Mario Ybarra Jr. (b. 1973) to explore The Huntington’s collections and create new works around the theme of “identity.” The project culminated in the exhibition "Rituals of Labor and Engagement," with a complementary exhibition at the Vince Price Art Museum.

Founded in 1957 with a gift of 90 art objects from the actor Vincent Price, the Vincent Price Art Museum now houses seven galleries, art storage, and a multimedia lecture hall as part of the 160,000 square foot Performing and Fine Arts Center at East Los Angeles College. The museum serves as an educational resource for the college’s diverse audiences and communities through the exhibition, interpretation, collection, and preservation of works in all media of the visual arts.

The Huntington named Los Angeles arts organization Clockshop as its partner for the fourth year of The Huntington's /five initiative. Artists invited to participate in this year's project are Nina Katchadourian, Beatriz Santiago Muñoz, and Rosten Woo, along with writer Dana Johnson and Poet Laureate for the City of Los Angeles Robin Coste Lewis. Each participant will create new work based on research in The Huntington's collections that will be presented in public programs and the exhibition "Beside the Edge of the World" on view Nov. 9, 2019–Feb. 24, 2020.

A part of The Huntington’s Centennial Celebration, which runs from Sept. 2019 to Sept. 2020, the 2019 /five project uses Thomas More’s satirical work Utopia (1516) as a thematic point of departure, focusing on perfection, utopia, and the utopian ambitions of railroad and real estate visionary Henry E. Huntington, the institution’s founder. 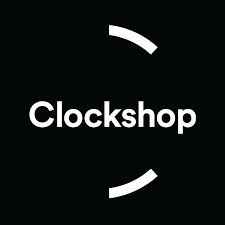 "Rituals of Labor and Engagement" showcases new works by LA artists Carolina Caycedo and Mario Ybarra Jr., which focus on bodies of color and forms of ritual.
More

The culmination of the second year of a five-year initiative called /five, based on the theme of "collecting" and "collections," features new work with related programming by seven artists who conducted research in The Huntington's collections.
More

NASA's "Orbit Pavilion" is an outdoor installation where captivating sounds represent the movements of the International Space Station and 19 Earth Science satellites as they orbit above.
More

About the /five initiative
2019: Beside the Edge of the World
2018: Rituals of Labor and Engagement
2017: COLLECTION/S: WCCW/five at The Huntington
2016: Orbit Pavilion

The /five initiative is made possible by a generous gift from The Cheng Family Foundation. Additional funding for the second year of /five was provided by a grant from the Pasadena Art Alliance.