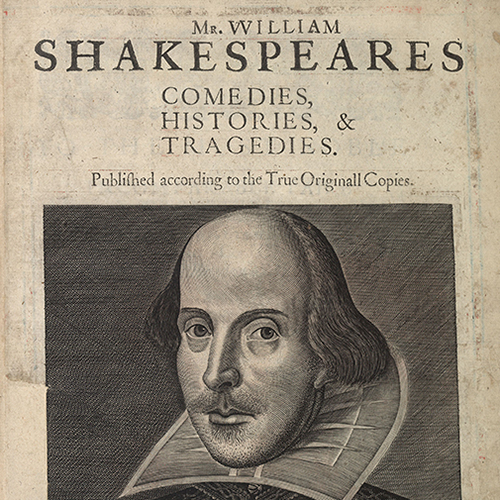 This collection of William Shakespeare’s plays, the first in the folio format, constitutes the most reliable source for thirty-six of his plays. Scholars have concluded that half of these, including Macbeth, Julius Caesar, Twelfth Night, As You Like It, and The Tempest, did not appear previously in print. Shakespeare’s former partners in the King’s Men theatrical company edited the plays according to “the true originall copies.” Shakespeare’s work has forever enriched the English language’s potential for lyrical expression. Without this edition, commonly referred to as the First Folio, many of his plays might not have survived.