ArtBites is a video series of small “bites” with educator and cook, Maite Gomez-Rejón, exploring the nexus between culinary history and The Huntington’s collections.

Taking inspiration from The Huntington’s collection of WWI posters and ephemera, and the evolution of victory gardens, Maite Gomez-Rejón shares nuggets of culinary history and a delicious recipe for fresh herb soup. 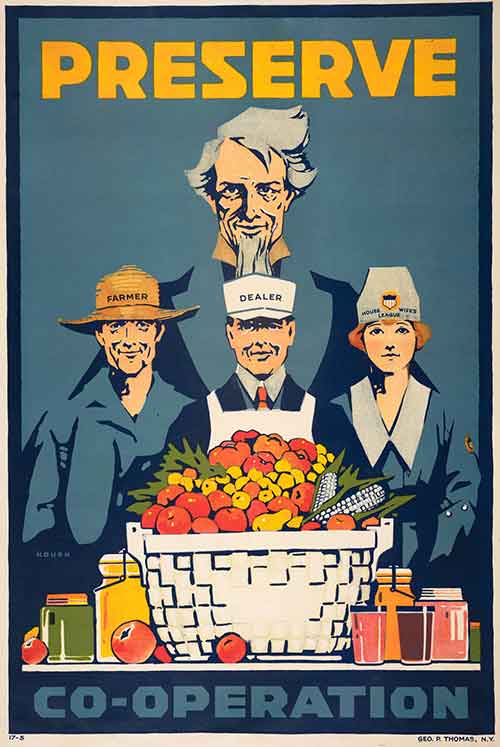 Under the direction of Herbert Hoover during World War I, the United States Food Administration set food conservation and preservation goals, along with goals for local food production through the Victory Gardens. Citizens in the US, UK, Canada, Australia, and Germany were encouraged to plant fruits, vegetables and herbs to supplement their rations and to boost civic morale. Nothing could be more relevant today.

This simple and inexpensive soup can be made with any fresh herbs.

Add the fresh herbs to the soup. Working in batches, puree the soup in a blender or using an immersion blender. Return the soup to the saucepan, add the lemon juice and season to taste with salt and pepper.

Add a dollop of crème fraiche to each bowl and serve.

Inspired by The Huntington’s 17th century copy of Bartolomeo Scappi’s cookbook Opera: The Art and Craft of a Master Cook, Maite Gomez-Rejón shares fascinating facts about this famous Italian Renaissance chef and a recipe for mushroom crostata. 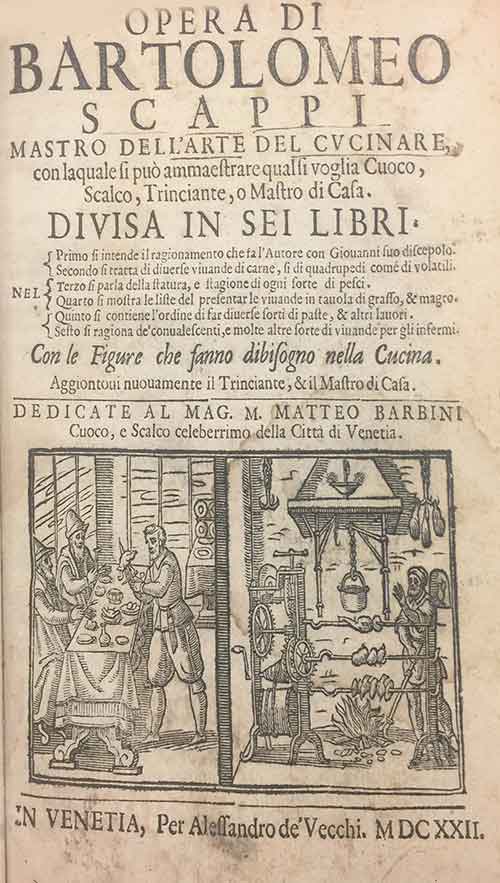 This recipe is inspired by Bartolomeo Scappi’s Opera: The Art and Craft of a Master Cook. Published in 1570, Opera was The Joy of Cooking for the Italian Renaissance, and Scappi is often considered the first internationally recognized chef.

In his recipe for Mushroom Crostata, Scappi advises using mushrooms that “grow in the woods at the foot of chestnut trees” and to sauté them in olive oil with onion and garlic. I added some Parmesan cheese which he considers the “best cheese on earth.”

Prepare the dough. Combine both flours and salt in a food processor; blend for 5 seconds. Add butter and pulse until the mixture resembles coarse sand. Whisk egg and milk in a small bowl and add to the flour and butter mixture. Pulse until moist clumps form. Gather dough into a ball; flatten into a disk. Wrap in plastic wrap and chill for 1 ½ to 2 hours. This can be prepared 2 days in advance.

Preheat oven to 400° F. Roll out dough on floured surface to 12 to 14-inch round. Transfer to a parchment lined baking sheet.

Meanwhile, wipe the mushrooms and coarsely chop. Set aside.

Heat oil in a wide skillet over medium heat. Add the onion and garlic and cook, stirring occasionally, until soft and translucent, about 4 minutes. Raise the heat, add the mushrooms and sauté until they begin to soften, about 5 minutes. Stir in the fresh herbs and season to taste with salt and pepper. Cook until the mixture in dry.

Spread 2 tablespoons cheese over the dough, leaving 2-inch border. Add the mushroom mixture and top with the remaining cheese. Fold edges of dough over filling, pleating as needed. Brush border with egg wash and bake until crust is golden brown and filling is bubbly, about 45 minutes. Serve warm or at room temperature.

Hannah Woolley's "The Gentlewoman's Companion" and a Cinnamon-Rosemary Tom Collins 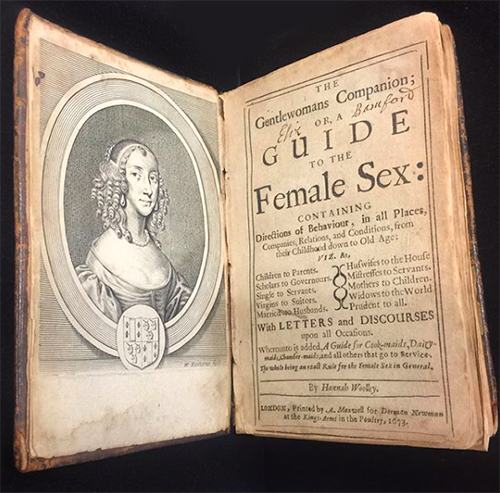 In 1673, Hannah Woolley published her third household management book, The Gentlewoman’s Companion Or, A Guide to the Female Sex in England. In it she recommends rosemary and cinnamon as a remedy for “Stinking Breath.” This cocktail is inspired by her medicinal recipe.

Strain into an ice filled highball glass. Top with 1 to 2 ounces soda water and garnish with a rosemary sprig.

The 1862 Bartender's Guide and a Whiskey Cocktail

Maite Gomez-Rejón shares a bit of culinary history and a cocktail recipe inspired by The Huntington’s rare copy of the 1862 Bartender’s Guide. 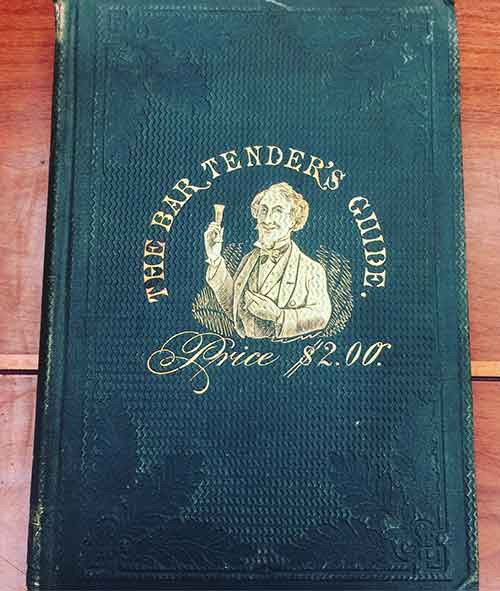 The following recipe is taken directly from the pages of Jerry Thomas’s 1862, Bartender’s Guide: How to Mix all Kinds of Plain and Fancy Drinks. Thomas was the most famous bartender of his day. His book gave birth to the American cocktail craze and established the bartender as a creative professional.

Fill one-third full of fine ice; shake and strain in a fancy red wine-glass. Put in a piece of twisted lemon peel in the glass and serve.

* Gum syrup was a popular cocktail ingredient in 19th century mixology. Early recipes for gum syrup include gum arabic and sweet almonds. By the time Thomas wrote his bartender’s guide, it was made with gum arabic and sugar. Gum syrup disappeared in the 1920s during Prohibition but has recently seen a resurgence.

If you don’t have gum syrup, muddle one sugar cube with bitters at the bottom of a chilled rocks glass or use 1/4 ounce of simple syrup, the equivalent to 2 to 3 dashes.

** Boker’s was a brand of bitters used in many cocktails in Jerry Thomas’s Bartender’s Guide. It’s key ingredients were cassia, cardamom and bitter orange peel. The company closed during Prohibition.

***1 wine-glass is equivalent to 2 ounces

Maite Gomez-Rejón shares “bites” of information about domestic and culinary life in the late 18th century, taking her inspiration from The Huntington’s sampler made by nine-year-old Eunice Hooper and the first known cookbook written by an American, Amelia Simmons. 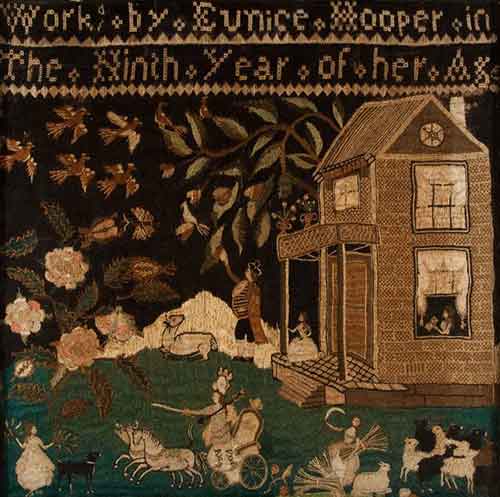 Cobblers are an American deep-dish fruit dessert with a thick crust and a fruit filling. Apples were brought to North America by colonists in the 17th century and were first grown near Boston.

Position a rack in middle of oven and preheat to 350° F.

Mix the sugar and cinnamon together. Place apples in an 8x8-inch baking dish and toss with the sugar cinnamon mixture. Set aside while making dough.

Add milk and stir just until dough forms. Spoon the cobbler mixture over the apples brush the top lightly with milk and sprinkle with sugar.

Bake until apples are tender and topping is cooked through and golden all over, about 45 minutes to one hour. Serve warm or at room temperature with vanilla ice cream.

Tea Scones and The Gascoigne Family

Inspired by the conversation style painting, The Gascoigne Family, by Francis Hayman, Maite Gomez-Rejón provides culinary nuggets of information related to the history of tea. 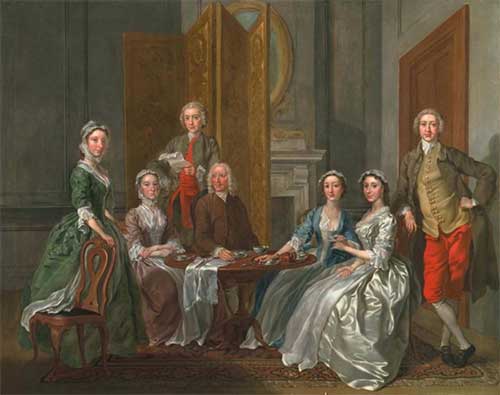 Scones are sweet or savory small round cakes made of raised dough. Originating in Scotland, scones are usually served hot, split in half and buttered. They are an integral part of the tea time menu.

In a medium bowl, mix together the flour, sugar, baking powder, baking soda and salt. Add the cold butter pieces and, using your fingertips, quickly work the butter into the dry ingredients until the mixture resembles coarse sand. It’s ok if some large pieces of butter remain – they’ll add to the scones’ flakiness.

Pour in 1 cup of buttermilk, add the zest and blueberries and mix until the ingredients are just moistened – you’ll have soft dough with a rough look. If the dough looks dry, add another tablespoon of buttermilk.

(Feel free to skip the zest and blueberries and substitute with raisins, currants, or other chopped dried fruit, simply add lemon zest or just make plain. This recipe is delicious any way you make it.)

Gather the dough into a ball, pressing it gently so that it holds together, turn it out onto a lightly floured surface and knead it very briefly.

Roll the dough into small rounds, place on a sheet pan lined with parchment paper. Brush with melted butter, sprinkle with sugar and bake for 10 to 12 minutes, until the tops and the bottoms are golden brown. Cool slightly and serve warm.

Thomas Jefferson and America's First Recipe for Mac and Cheese

Inspired by The Huntington’s 1776 portrait of Thomas Jefferson, educator and chef Maite Gomez-Rejón shares nuggets of culinary history including how Jefferson’s trip to Europe resulted in America’s first recipe for Macaroni and Cheese. 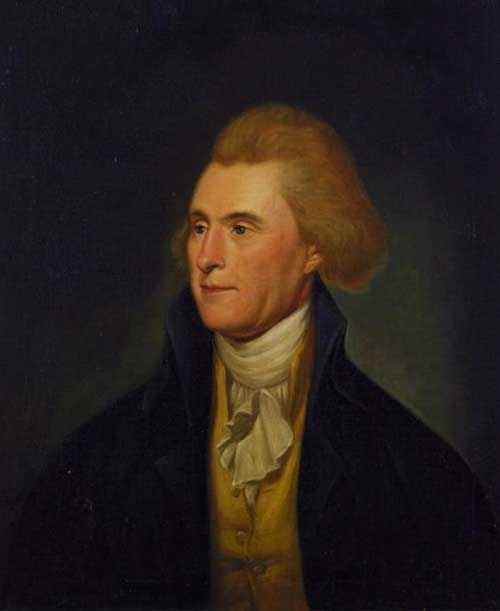 Among the few existing recipes written in Thomas Jefferson’s hand include one for macaroni and cheese, an elegant Italian dish served at a White House dinner in 1802.

Bring a large pot of salted water to a boil and cook the pasta until al dente, according to package directions. Drain, transfer to a bowl, and set aside.

In a medium saucepan over medium heat, melt the butter and whisk in the flour until smooth. Whisk in the warm milk and cook, continuing to whisk often, until the sauce coats the back of a spoon, about 10 minutes.

Stir in the cheese, one cup at a time and whisk until the cheese is melted and incorporated. Whisk in the mustard, pinch of nutmeg, and season to taste with salt and pepper.

* If you don’t have Gruyere feel free to use any other type of Swiss cheese or just use 4 1/2 cups cheddar cheese.