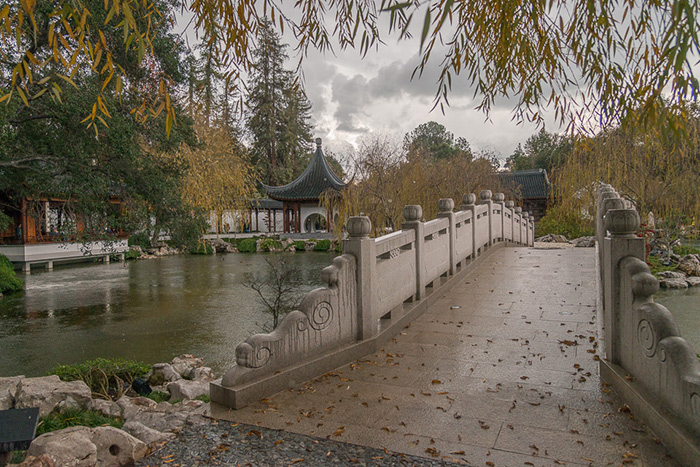 With systems in place to harvest rainwater and prevent flooding in areas like the Chinese Garden, The Huntington is readier than ever to weather the storm. Photo by Martha Benedict.

Southern California is bracing for rain—lots of it—as the predicted El Niño weather system looms. After four years of relentless drought, some precipitation would be welcome, but too much at once could be disastrous, causing floods, mudslides, power outages, and significant property damage. Civic leaders and water managers throughout the region have been scrambling to prepare for the deluge. They’ve also been exploring ways to capture some of that rainwater for future use.

At The Huntington, rainwater harvesting is a major component of the institution’s own preparations for El Niño. In fact, an underground water retention system was constructed in 2013 as part of the project that built the new Steven S. Koblik Education and Visitor Center. Rainwater from downspouts and drains in the new complex, along with runoff from the parking lot, will flow into this storage system, which has a capacity of approximately 27,000 cubic feet. (Excess quantities will flow into storm drains.) From the retention system, captured rainwater can percolate down through the soil to recharge the groundwater. Some of this retained water may also help replenish the Raymond Basin aquifer, located deep underground, which The Huntington taps into for all its irrigation needs. 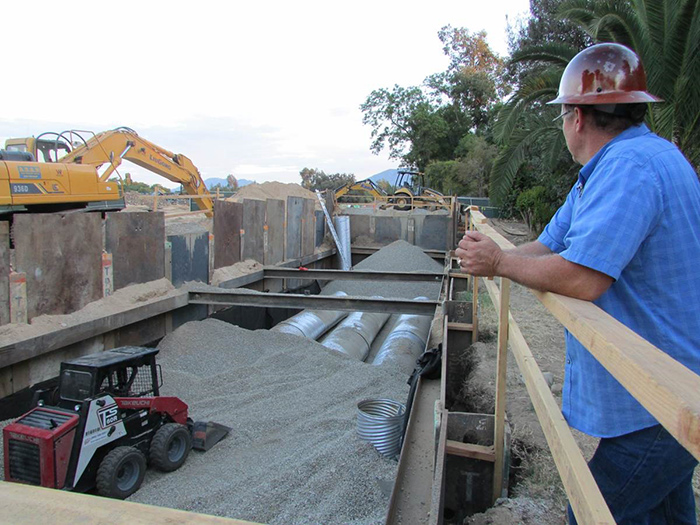 Think of it as a gigantic rain barrel. A water retention system constructed in 2013—part of the Steven S. Koblik Education and Visitor Center project—will capture storm runoff to help recharge the groundwater. Photo by Lisa Blackburn.

Elsewhere on the property, considerable work has been done in non-public areas to prevent flooding of two popular landscapes: the Japanese Garden and the Chinese Garden. “These are natural drainage areas where seasonal creeks historically ran, carrying runoff from the terrain as well as rainwater that flowed into the property from the north,” explains Maxx Echt, The Huntington’s irrigation improvement manager. To prevent flood damage to these gardens, a system of berms, detention basins, and a drainage canal will collect and hold large amounts of runoff, safely retaining as much of it as possible on the property to soak into plant beds before channeling the excess into storms drains. This will allow heavy flows of water to bypass the gardens that lie in their natural path and will prevent the release of runoff into neighboring streets at the southern perimeter of the property. Sandbags and long “snakes” of straw wattle will help control erosion on slopes, catch floating debris, and slow down or divert cascading water, thus keeping the drainage system clear and running efficiently.

But rainfall that makes its way into the Chinese Garden lake will be put to good use, Echt says. “Currently, we use the lake as something of a third reservoir. Moving water from the lake into the irrigation system helps keep the lake fresh and clear while simultaneously allowing us to use the outflow water for irrigation needs.” 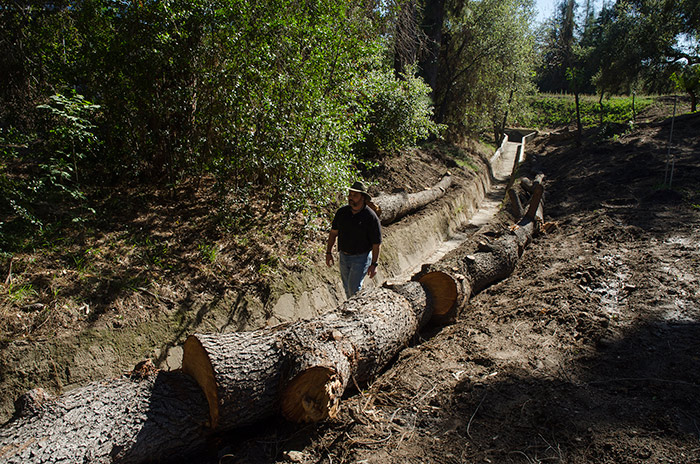 Botanical staff member Daniel Goyette inspects a drainage canal and water detention basin designed to prevent flooding in the Chinese and Japanese gardens. Both gardens lie in the natural path of seasonal water flows. The logs along the edge of the canal will help keep out debris. Photo by Lisa Blackburn.

Tree care is another important consideration as winter storms approach. Regular pruning and maintenance can help prevent tree loss while minimizing damage from falling branches in heavy winds and rain. The Huntington’s arborist, Daniel Goyette, has been making regular surveys of the trees on the property to check for signs of disease, dieback, or decay, and to address any structural issues in the canopy that might make a tree a higher risk. “If a tree has heavy branches on one side that overhang a road or path, reducing those branches to remove end-weight can help mitigate the risk of branch, trunk, or whole-tree failure—or, if the tree does fail, to decrease the likelihood of impact in a direction that may cause harm,” he explains.

These are just a few of the preparations the staff has been busy with behind the scenes. Now, when the storm clouds begin to gather, The Huntington will be readier than ever to weather the storm. 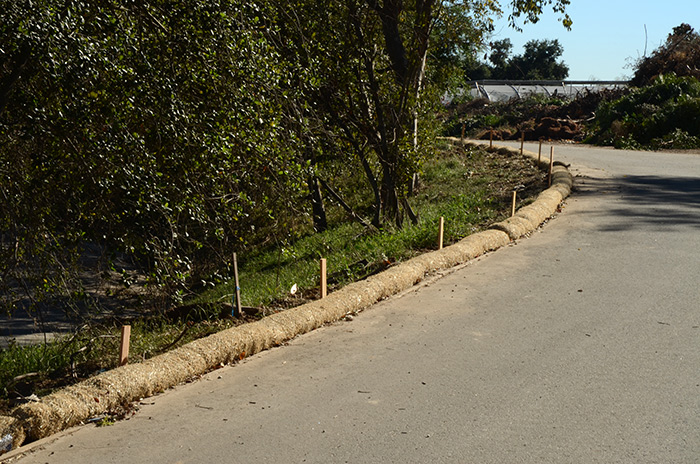 What can local residents do to prepare? For a helpful checklist of suggestions, read “28 Things to Do to Prepare for El Niño” from the Los Angeles Times.