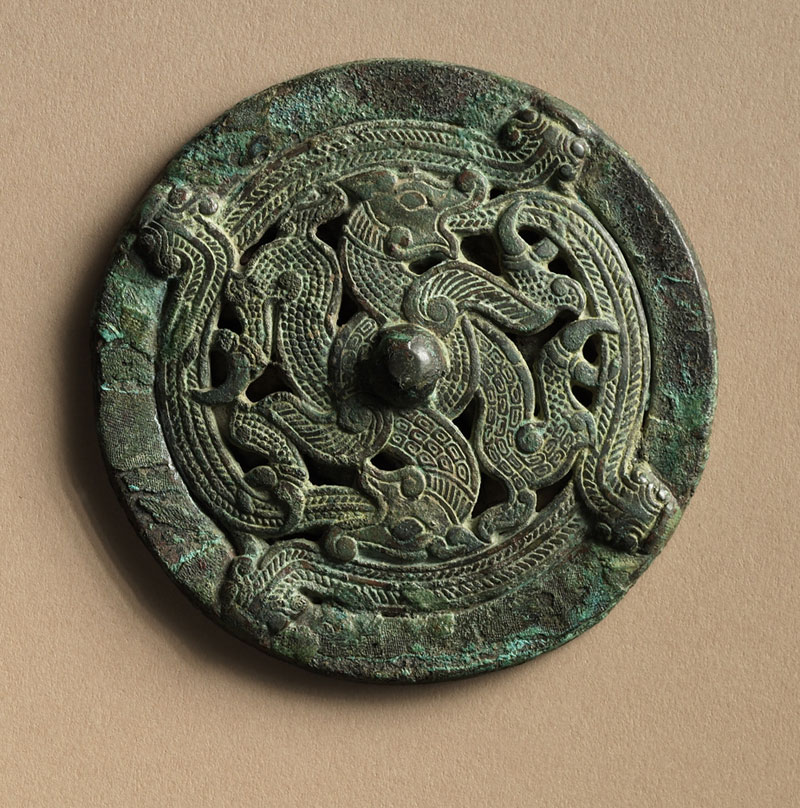 Long before dragons "frolicked in the autumn mist" or terrorized the young wizards of Hogwarts, the mythical creatures were the subject of legend across millennia, throughout numerous cultures and continents. Since ancient times, the Chinese in particular have regarded dragons as auspicious figures, representative of primal symbols such as water and clouds (referencing heaven) and fertility. The dragon looks fearsome, scaled and sinuous with four legs, its mouth agape and its claws always deployed, but it is actually considered a protective symbol, associated with positive traits such as wisdom, strength, and longevity.

This is a good thing, too, because according to Chinese astrology, cosmology, and divination, the dragon is upon us. The dragon is the only one of twelve animals in the Chinese horoscope that is mythical, and those who are superstitious will expect 2012, the Year of the Dragon (4709 according to the Chinese Lunar calendar), to be in keeping with its characteristics of power, ambition, generosity, and fertility. Dragon years are considered energetic and promising, thus one could say with a fair amount of certainty that the year is likely to be one of great upheaval, monumental change, and a spike in China's national birth rate!

Dragon iconography has had symbolic importance dating to the times of Confucius and Lao-Tze (ca. 500–100 B.C.E.), and earlier, and has been used on countless decorative, ceremonial, luxury, and imperial objects throughout time. You can catch a glimpse of the mythical dragon in the exhibition "Ancient Chinese Bronze Mirrors from the Lloyd Cotsen Collection," currently on view in the Chandler Wing of The Huntington's Scott Galleries. Here, you can view dragons gracing intricately crafted mirrors dating from the Warring States period (450–221 B.C.E.) through the Tang dynasty (618–907 C.E.). 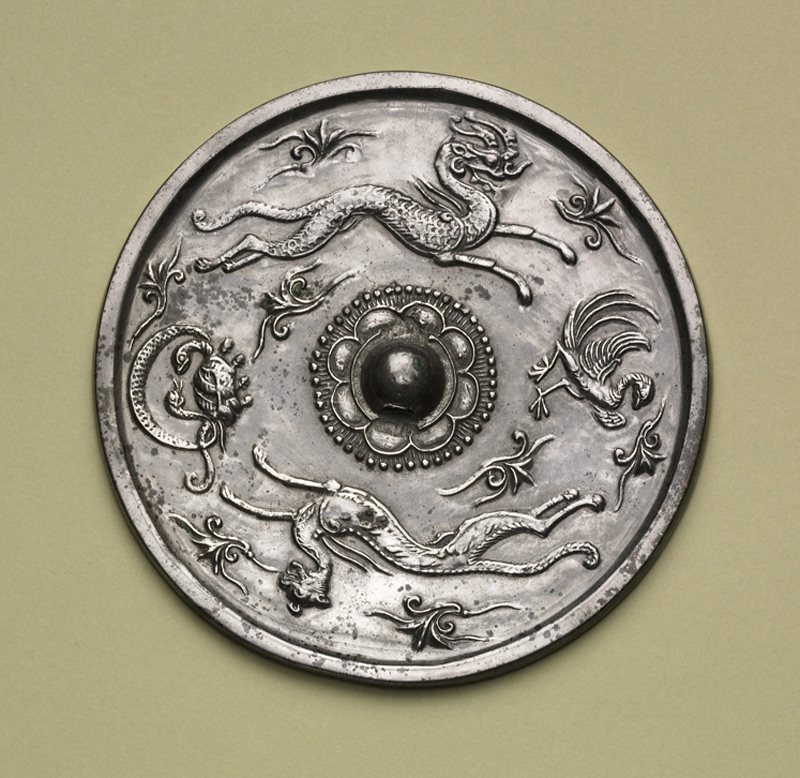 Michelle Bailey, curatorial assistant for the Chinese Garden, assisted with the organization of the exhibition. On a recent visit to the Chandler Wing, Bailey pointed out several examples, noting, "Earlier works from the Warring States period, such as the Double-Tiered Mirror with Two Interlaced Dragons and Four Serpents (dating to 450–221 B.C.E.) were highly decorative but more difficult to interpret symbolically." On a related note, Bailey mentioned that it was the decision of June Li, curator of the Chinese garden and the exhibition's organizer, to suggest the connection of decorative textile motifs to the mirrors of this period. As a result, a number of textile remnants were included in the exhibition.

Later examples bear more easily interpreted iconography. Moving on to the chronological "middle" of the exhibition, Bailey pointed out examples from the Han dynasty (206 B.C.E.–220 C.E.). "In this period, we tend to know a lot more about what the iconography meant, in part because there are more inscriptions." For example, "the TLV Mirror with Mythical Animals is one of a number of cosmological diagrams employing Daoist symbolism, which was common for the period." Later still, the Mirror with Animals of the Four Directions from the Tang dynasty (618–907 C.E.) employs cosmological, or directional, iconography, with the Dragon in the East, the Bird in the South, the Tiger in the West, and the Tortoise in the North.

The peaceful and quiet Rabbit year has come and gone, so why not welcome the powerful and majestic Dragon by catching a glimpse or two at the exhibition, which continues through May 14, 2012. Or celebrate the Dragon New Year with characteristic splendor, when The Huntington welcomes its arrival with cultural festivities and delights at the annual Chinese New Year Festival on Feb. 4 and 5.

Captions: Double-Tiered Mirror with Two Interlaced Dragons and Four Serpents (dating to 450–221 B.C.E.); Mirror with Animals of the Four Directions from the Tang dynasty (618–907 C.E.). From the Lloyd Cotsen Collection. Photography by Bruce M. White, 2009.

Stephanie Cha-Ramos is the development associate in The Huntington's advancement division.